Four people have been displaced after what investigators are calling an accidental fire in Waterloo’s University District.

The flames are believed to have started inside a unit on the second floor of a six-storey apartment building on Marshall Street.

Firefighters were called to the scene just before 1:30 p.m. on Friday.

“My friend Emma actually saw the smoke and it was just thick black smoke and it smelled terrible, not good,” said Mackenzie Mitchell, who lives in the building.

Alessia Ditrani was the one who pulled the fire alarm

“I went outside and there were just girls panicking and they go, 'call 911' and my friend was like, 'oh my god, actually?' And they're like 'yeah, there’s a big fire.' So they called 911 and I pulled the fire alarm,” said Ditrani.

Most of the tenants in the six-story apartment building are students. Everyone was forced to evacuate.

Most have since been let back in, except for the four people who live in the unit where the fire began.

Officials said it’s fortunate the students paid attention to the warning signs, and exited the building.

“It’s so important when you get into these community living, or student living type establishments that we really pay attention to all warning symbols in our building and don’t take anything for granted,” said Jake Herring, deputy chief with Waterloo Fire.

Fire officials haven't released an official cause of the fire, but said it is believed to be accidental. 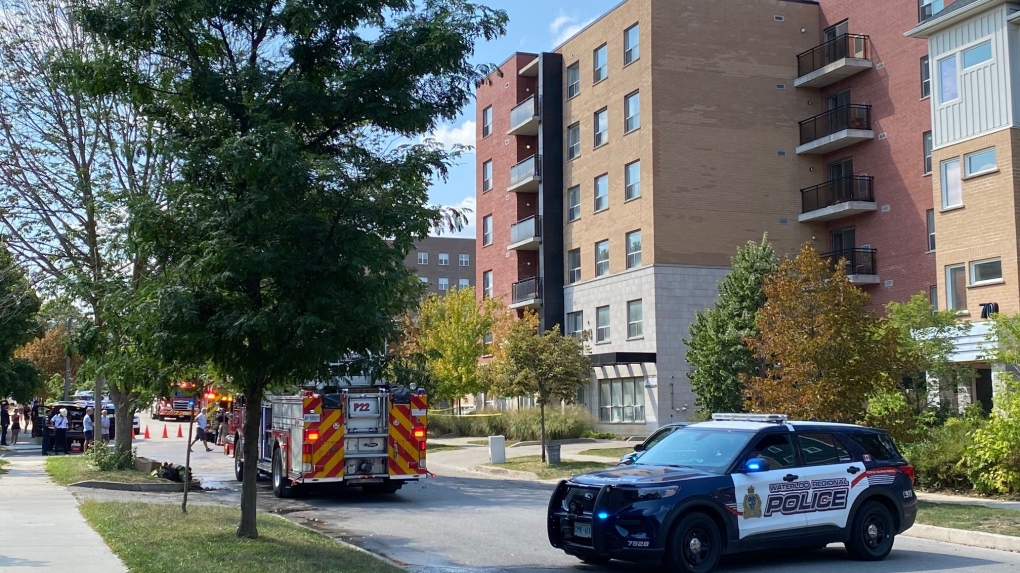 Police are warning motorists to expect delays in the area. (Terry Kelly/CTV Kitchener)

ROAD CLOSURE:
Marshall Street will be closed from Weber Street North to Regina Street North for a fire investigation.

There will be significant delays in the area, please avoid.