Fire destroys shed on a rural property near Milverton 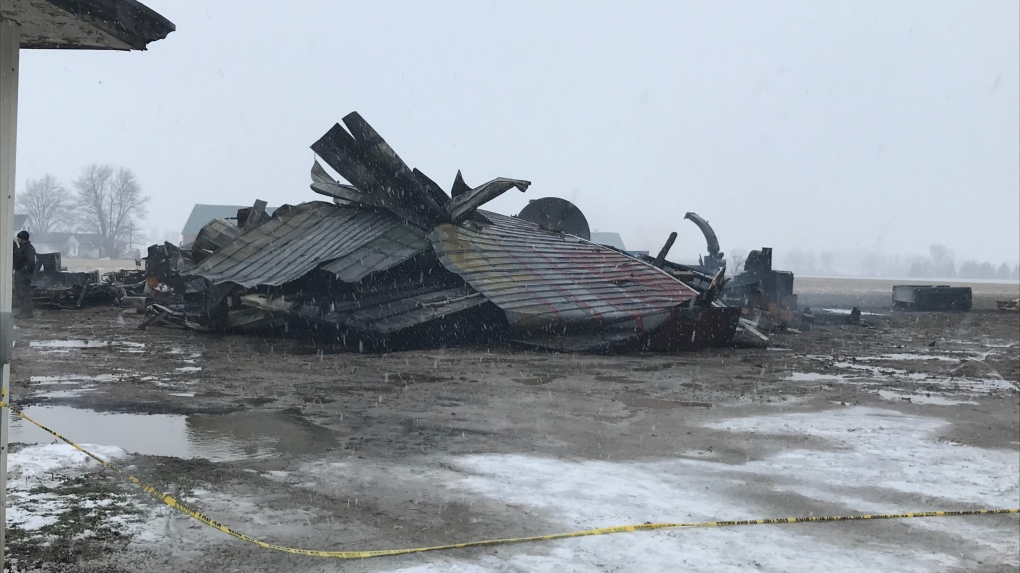 KITCHENER -- Firefighters say no animals were injured after a fire broke out Saturday at a rural property near Milverton.

Crews were called to Perth Road 119, just east of Brunner, around 1 p.m.

They say one large shed was already fully-involved by the time they arrived on scene.

The flames were extinguished a short time later, but the building was completely destroyed.

Officials say their main focus was on keeping the flames from spreading to a nearby house and a barn full of animals.

No one was hurt.

The shed contained manure spreaders, a tractor and other farm machinery.

Your @PEFD_WPFD is currently on scene at a fully involved structure #fire on Perth Road 119.
Please keep clear of the area as tankers are transporting water to the scene.
No injuries, all exposures were protected.@VistaRadioCasey @Media371 @ChiefBillHunter pic.twitter.com/wJfqbzSJFq