Fire destroys Elmira home for those with intellectual disabilities

KITCHENER -- Five residents are looking for another place to live after their Elmira group home was destroyed in a fire on Tuesday afternoon.

The home, which is owned and operated by Elmira District Community Living, is for adults with intellectual disabilities.

Five residents and three staff members were inside the home at the time of the fire.

Officials say all of them escaped unharmed.

Firefighters from Elmira, Floradale and St. Jacobs were called to the First Avenue property, between Robin Drive and Flamingo Drive, around 2:40 p.m.

When they arrived on scene, flames were already shooting out of the roof. 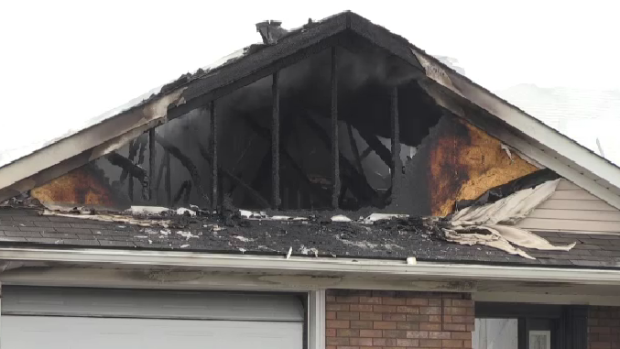 Woolwich Fire Chief Dale Martin believes the fire started in a storage shed beside the house, but everyone inside wasn’t aware of the situation until a passerby saw the smoke and ran inside to alert staff members.

Witnesses saw some of those workers taking residents out of the building in wheelchairs. 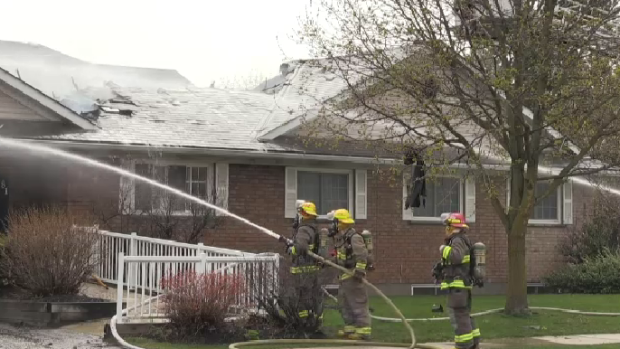 Patti Lehman and Elizabeth Jameson say they were shocked by how quickly the fire spread through the home.

“The amount of time it took was so little, for an entire house to be gone. Decimated. The only thing that hasn’t happened is the roof hasn’t collapsed. But I wouldn’t be surprised if that didn’t happen shortly.”

Elmira District Community Living says the five residents have been taken to another home. However, it may be hard for them as they have been living in the building for over 25 years.

"Of course they were very upset and confused as to what was happening to their home," said Greg Bechard, the executive director of Elmira District Community Living.

No damage estimate has been released, but Martin says he expects the building to be total loss.

Berchard says the men have all been safely relocated to another property.

He says while the men are being taken care of for now, it is likely they will need to rely on fundraising to rebuild the home.

Waterloo Regional Police say the cause of the fire was accidental.