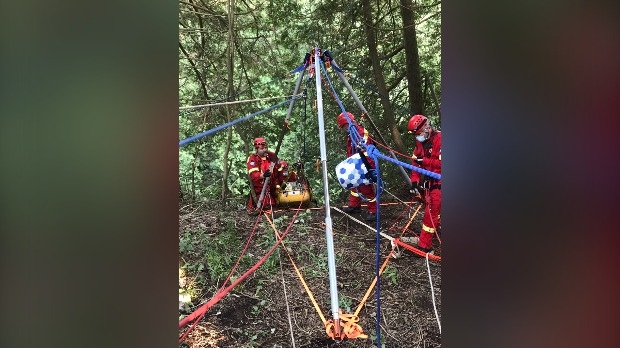 Crews work to rescue a woman from the Elora Gorge (Twitter: @karnDC2)
KITCHENER -

Fire crews from Elora and Fergus helped rescue an injured woman from the Elora Gorge on Monday.

Centre Wellington Fire Chief Johnathan Karn said they were called to the scene around 4:30 p.m. The woman was tubing and hurt her leg. Karn said she wasn't able to make it to the other side of the river.

Karn said the crews had to rappel down to rescue the woman. Karn added the rescue was complicated because of where she was in the river and took longer than usual to bring her to safety.