Fire breaks out at Baden business

Black smoke filled the sky over Baden on Tuesday as fire tore through a business.

Fire crews from multiple stations were called to the Seasons Grande property on Snyder’s Road at Brubacher Street around 4:30 p.m. 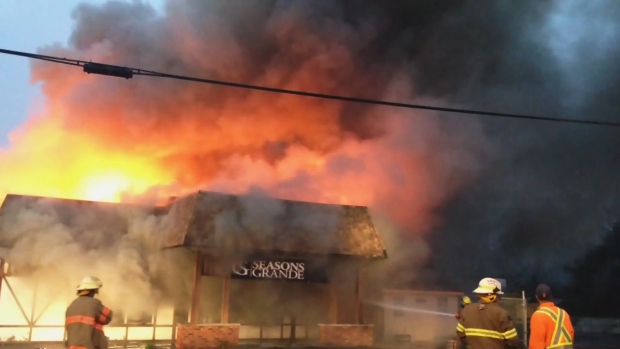 Firefighters at the scene said that nobody was inside the building when the fire broke out.

It was not immediately clear how the fire began but officials don't believe it’s suspicious.

The Ontario Fire Marshal's Office has been contacted due to the size of the loss.

The building was not operational at the time and was in the process of being demolished.

Snyder's Road was expected to remain closed in the area well into Tuesday night.

With reporting by Carina Sledz