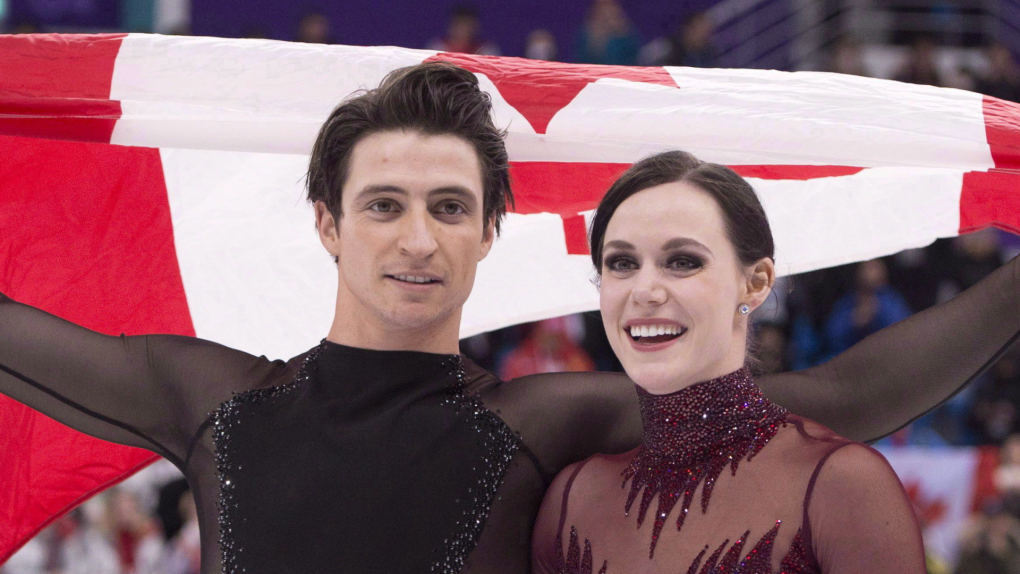 Ice dance gold medallists Canada's Tessa Virtue and Scott Moir skate with the Canadian flag during victory ceremonies at the Pyeongchang Winter Olympics Tuesday, February 20, 2018 in Gangneung, South Korea. On Friday, Virtue and Moir were rewarded for their historic comeback performance at the Pyeongchang Olympics by winning the The Canadian Press team of the year for 2018. THE CANADIAN PRESS/Paul Chiasson

The two skaters, who hail from London and Ilderton, respectively, were announced Friday morning as two of the 114 new appointments to the Order of Canada.

According to an announcement from the governor general, Virtue and Moir are being recognized for their “unparalleled excellence in ice dancing and for inspiring the next generation of Canadian figure skaters.”

Virtue and Moir have a connection to Waterloo Region, where they trained at the Kitchener-Waterloo Skating Club as children.

It's their latest in a long series of accomplishments and acknowledgments. Last year, Virtue had a Barbie doll made in her likeness ahead of International Women's Day.

Guelph's Thomas King was also mentioned in Friday’s announcement, being promoted to companion.

The website says he's being honoured for “his enduring contributions to the preservation and recognition of Indigenous culture, as one of North America’s most acclaimed literary figures."

The order of Canada is one of the country’s highest civilians honours, recognizing outstanding achievement and dedication to the community and nation.

According the website, more than 7,000 people from all sectors of society have been invested into the Order.