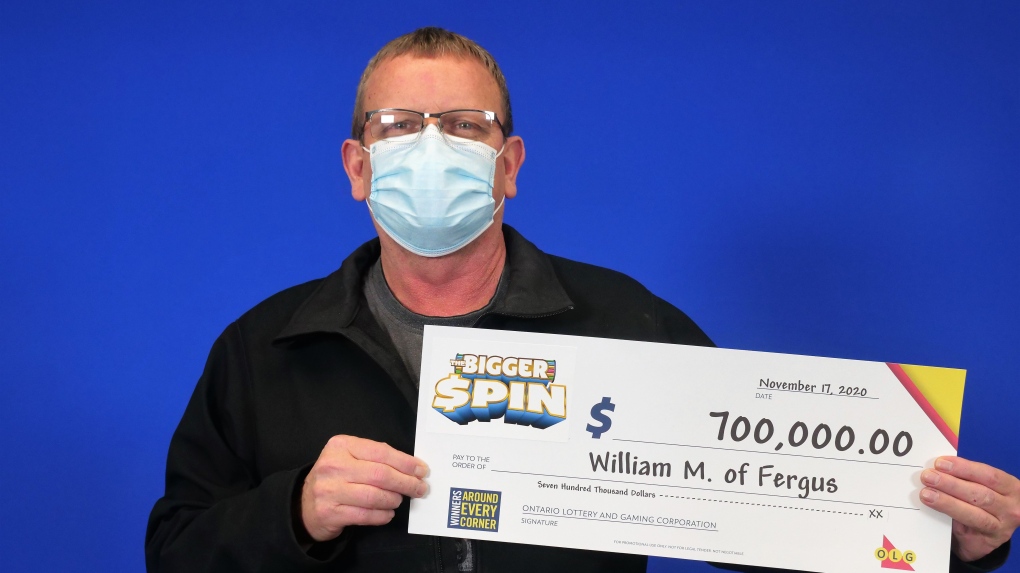 KITCHENER -- A Fergus man is that much closer to being a millionaire after a major windfall from an instant lottery game.

According to a news release from the OLG, William Mackenzie won $700,000 on the Bigger Spin Instant game.

At first he said he told OLG staff that he didn't know what he had won.

The 59-year-old man called his sister to tell her the news. He planned to save his winnings for his retirement, some home renovations and a new truck.

The $10 ticket includes an instant and a virtual component. The former offers an instant cash prize of between $10 and $150,000, or a SPIN prize.

The spin prize can return the same outcome, or can result in a BIGGER SPIN, which offers prizes between $500,000 and $1 million.

Mackenzie's ticket was purchased at C H Convenience on Tower Street in Fergus.