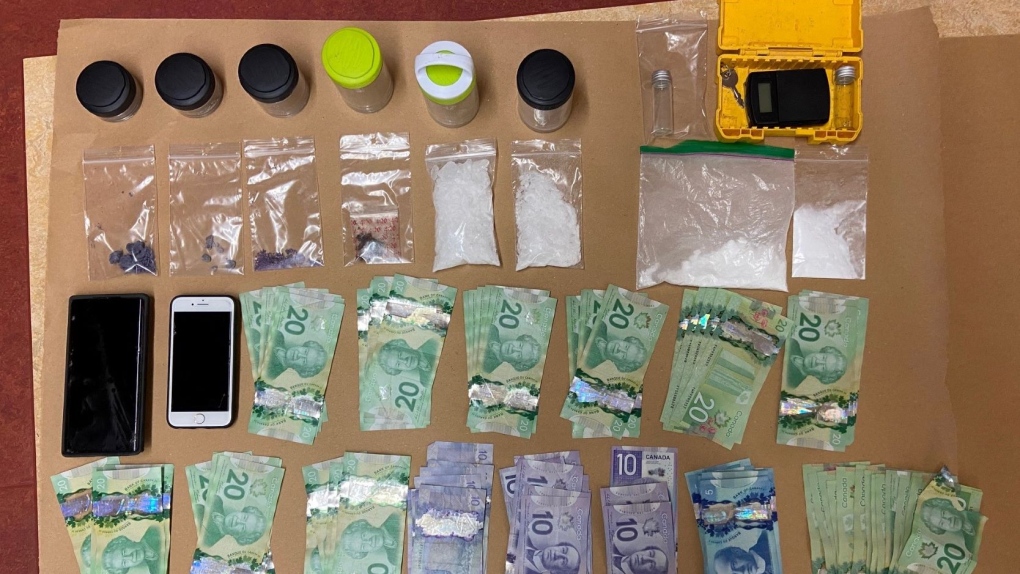 The OPP seized drugs and cash from a traffic stop (Supplied: OPP)

KITCHENER -- Provincial police seized fentanyl, cocaine and methamphetamine while performing a traffic stop in Mount Forest over the weekend.

Officers stopped the driver of a rental truck at around 3:30 p.m. on Nov. 28 and arrested the driver because he was wanted on an outstanding warrant.

Police say the driver was in possession of cocaine, fentanyl and methamphetamine, along with drug paraphernalia and cash.

A 36-year-old man from Southgate Township is charged with three counts of drug possession. He was held for a bail hearing.