An airline that operates out of the Region of Waterloo International Airport is under review by the Canadian Transportation Agency.

Flair Airlines is facing turbulence as to whether or not it's Canadian controlled.

On March 3, the transportation agency released its preliminary ruling, finding that the Edmonton-based carrier is not, in fact, Canadian owned.

If a final ruling is confirmed, the airline's licence to operate could be suspended or cancelled.

John Gradek, a faculty lecturer at the McGill Aviation Management Program calls it a “predicament.”

“It sort of is a risk and I hope the Kitchener–Waterloo Airport Authority has some insurance on their program,” he said.

The review comes as the region spends $44 million to expand the Region of Waterloo International Airport to accommodate more passengers and planes.

The region credits Flair for the airport's passenger growth.

“We are aware of the preliminary ruling and are monitoring the situation," a spokesperson for the region said in a statement. "At this point in time, no action is required by the region. Flair will respond to the decision and the CTA will determine if any actions are needed to be taken by the organization. Flair has demonstrated the viability of YKF and the interest of travelers in our market area to use YKF as a gateway to other destination.”

Gradek said he recommends the region holds off on signing anymore contracts with Flair.

“Since the airport has invested capital to support Flair and that money is coming from taxpayers … my view is, I would not be looking at contracting any major expenditures on airport improvements until the [Canadian Transportation Agency] has concluded their investigation,” Gradek said.

According to the agency, to be licensed, an airline must be incorporated in Canada, at least 51 per cent of voting interests must be owned and controlled by Canadians, and it must be controlled in fact by Canadians.

A Miami-based company called 777 Partners owns part of Flair Airlines and provides aircrafts to it.

“Not only are they an equity provider, they’re also a major provider of aircrafts, and that’s what’s causing concern,” Gradek said. 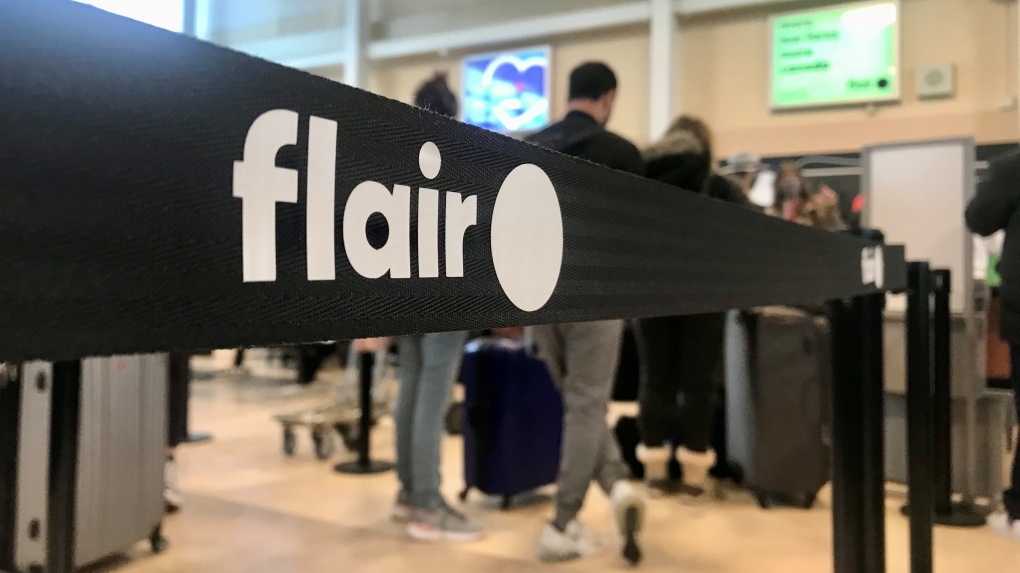 Travelers line up at a Flair Airlines counter at the Region of Waterloo International Airport on March 30, 2022. (Dan Lauckner/CTV News)

In a statement to CTV News, Flair’s CEO and President, Stephen Jones said, "Flair Airlines is a Canadian airline and is controlled by Canadians both in law and in fact. Flair Airlines, at all times, operates its business in compliance with the laws and regulations governing air transportation in Canada.”

“Flair is here for the long term and is committed to finally bring sustainable, affordable airfares to the people of the Kitchener-Waterloo region. Customers can absolutely book with confidence, and we look forward to welcoming them aboard this summer.”

The airline has 60 days from March 3 to respond to the transportation agency’s preliminary report.