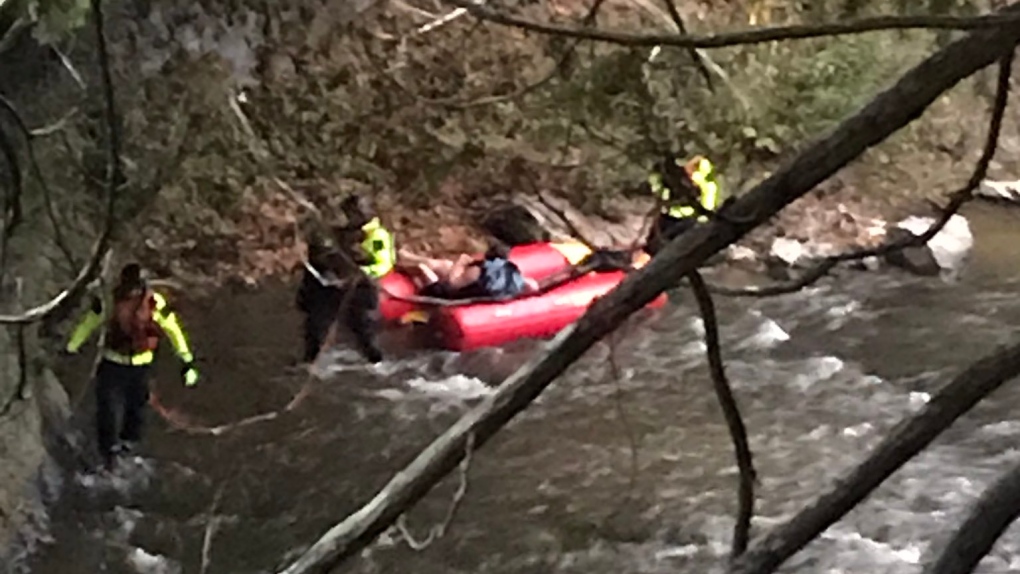 Fire crews have rescued a father and son who were kayaking in Elora Gorge Conservation Area.

About 25 firefighters from both Elora and Fergus were called to the high level bridge in the park around 5:30 p.m. on Thursday.

Officials say the two came out of their kayaks and were stuck in a fast-moving part of the river.

The Centre Wellington Fire Department says their crews performed one rescue by boat and one by rope.