Regional Police are investigating an early morning crash involving an LRT train and a pedestrian in Waterloo. It happened around 5:00 a.m. on Saturday in the area of Columbia Street West near Phillip Street as the train was heading southbound.

Police say a 40-year-old local area resident was pronounced dead at the scene. There is no word on a cause at this time or why the pedestrian was on the tracks.

Baden teen giving back one last time after passing away

Sunday morning was a tragic and heartbreaking time for the family of 18-year-old Zoey Waters. The Baden teen was on life support after a Dec. 17 car crash and was taken off it on Saturday night. She passed away the following morning.

Her family is working with the Trillium Foundation, in coordinating her organ donation. They say she will save the lives of up to 70 other people. Her uncle Shane Waters says this final act fits her character.

“She put everybody else first and that’s what made her absolutely amazing,” says Shane. “That’s what we have to continue to keep us together: her strength, her positive being, and her big heart.” 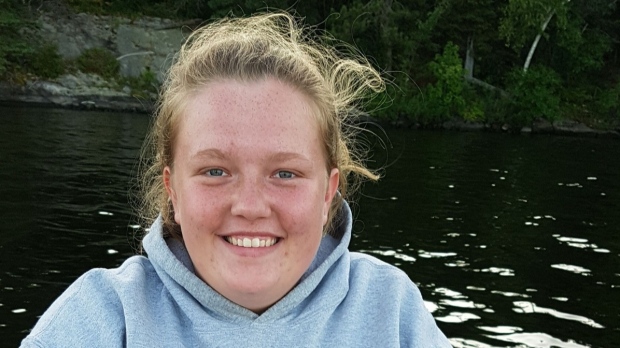 Another paintball-related incident in Woolwich Township

Waterloo Regional Police are now investigating two incidents involving the use of a paintball gun: one at a school and another targeted towards a horse and buggy.

A pickup truck was reportedly seen driving into a parking lot of Floradale Parochial School on Dec. 22. It was later discovered someone entered the school and sprayed the basement and a classroom.

On Dec. 29, a white pickup truck reportedly fired paintballs at a horse and buggy near Lions Park in Elmira, made a u-turn, and fired again. The occupants of the buggy and horse were uninjured.

The managers of a Waterloo nightclub are apologizing for a video which shows a group of employees holding an inappropriate sign. The video was taken over the weekend at “The Drink Uptown” on King Street North.

In it, several male employees can be seen carrying the sign which reads: “I thought she was 18.”

Chad Yurkin, one of the managers at “The Drink Uptown”, has apologized for the incident. He says a group of VIPS requested the custom sign as part of the club’s bottle service.

“Some of our servers brought the sign out and we were unaware of the messaging on the sign. Usually those signs say ‘Happy Birthday.’ It turns out this message was an inappropriate message.”

Posters associated with a controversial group are popping up in Brantford. Proud Boys posters were found around the downtown area about a week ago. The organization is an extremist group with ties to white nationalism.

"Laurier does not condone the activities of this group. Any posters appearing on university buildings that relate to this group will be taken down," Wilfred Laurier University’s Brantford Campus said in a statement.

Proud Boys say they will continue to put up the posters.