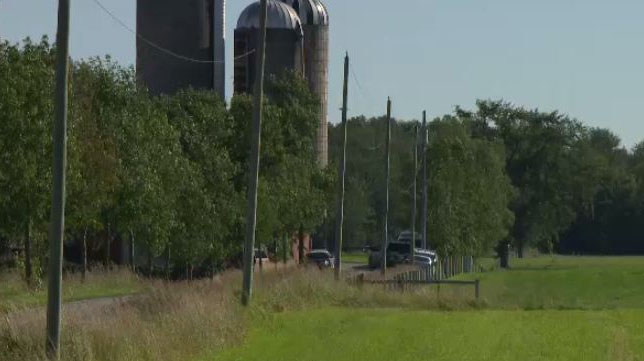 A man was taken to hospital Saturday afternoon after his leg was caught in a hay baler.

The accident happened on a farm near Line 86 and Forrest Chalmers Road.

Police say the man was trying to make adjustments to a hay baler when he got caught in the main drive of the machinery.

“There were two people working in the field and I understand one of them was operating the tractor,” says Sergeant Peter Viol of the Waterloo Regional Police Service. “The other was on top of the baler when the accident occurred.”

The man was taken to Grand River Hospital for treatment. His injuries are not considered serious.

The Ministry of Labour has been called in to investigate the incident.