Farmer banned from owning animals after deaths of 1,515 pigs 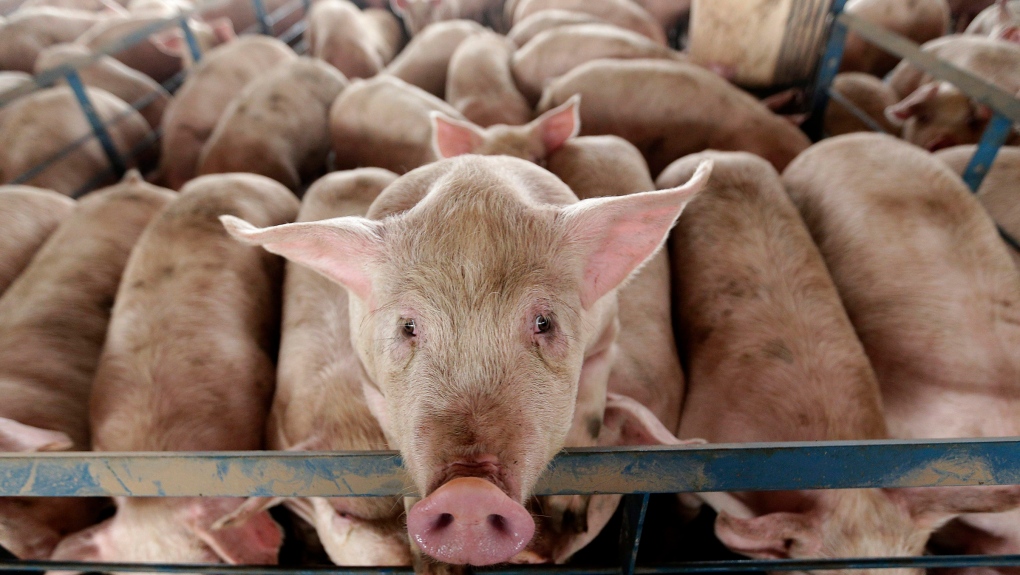 In this photo taken Nov. 11. 2015, a pig looks out of its pen at a hog-feeding operation near Tribune, Kan. (Charlie Riedel / THE ASSOCIATED PRESS)

A man who admitted to leaving more than 1,500 pigs in distress, without access to ventilation, medical care or sanitary conditions, was sentenced Thursday.

According to the Ontario SPCA, the man was told that he could not own or care for any animals for farming purposes for the rest of his life. He was also ordered to pay a fine of $10,000.

The man was charged with animal cruelty offences after the February 2017 discovery of 1,265 dead pigs on his farm in Langton, southeast of Tillsonburg. Another 250 pigs were euthanized.

The Ontario SPCA reported at the time that the animals were in a barn which was full of manure, and had no access to food.