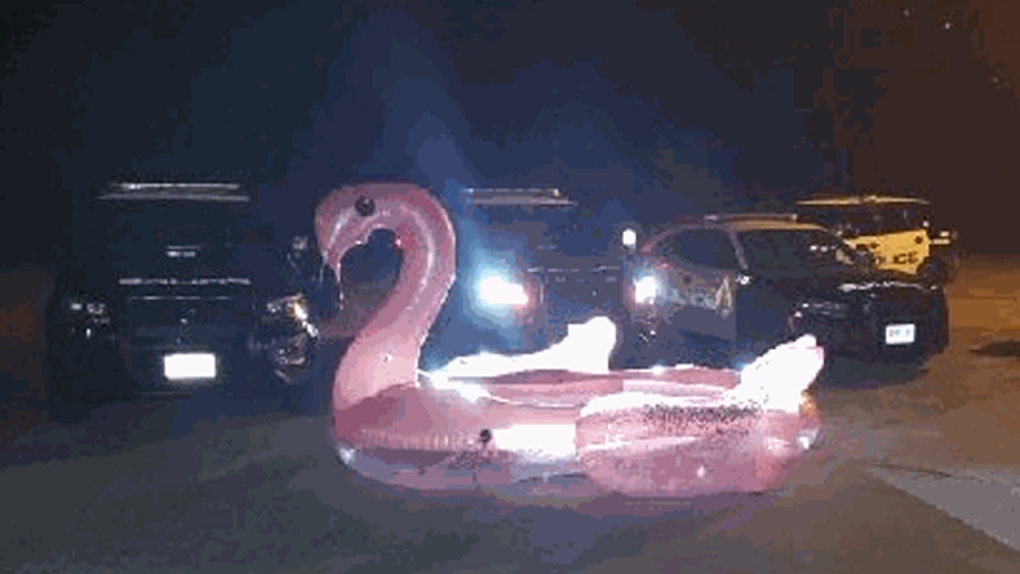 KITCHENER -- A family had to be rescued from the waters of Lake Ontario after a nighttime pool float adventure went wrong.

While they brought oars and air horns, police say they didn't have lifejackets and were unable to paddle back to shore.

According to a news release, the family floated for about four hours on the water. They decided to call police when large ships started passing them on the water, and colder temperatures started to set in.

Officers went in at around 2 a.m. Wednesday, and were able to rescue them.

Police are reminding the public to tie off pool floats when they're being used in large, deep bodies of water.

They say that the unpredictability of these floatation devices can be dangerous.

None of the people aboard the pink flamingo required medical treatment, officials say.