A growing struggle to help some of the youngest patients battle an especially tough start to seasonal sicknesses is impacting some Waterloo region families.

Families are up against strained hospitals, shortages of medication and the reality that this is only the start of the season.

For one Waterloo family, whose five-year-old and six-year-old had fevers over 40 degrees Celsius, recovering on the couch with limited flu medication was one of the only options.

“Once you get to numbers that high you start to feel a sense of panic,” said Ramzi Abdi, parent of Finn and Zayn. 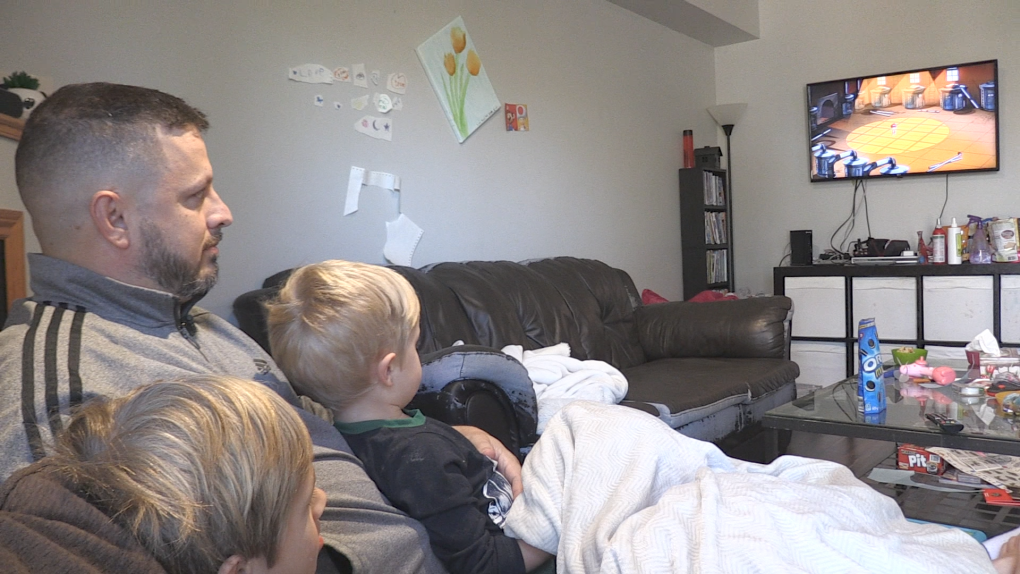 Ramzi Abdi and his children, Finn and Zayn, recover from the flu while at home. (Carmen Wong/CTV News Kitchener)

Abdi considered taking his kids to the hospital but hesitated due to the nationwide shortage of children's flu and cold medication.

“There was hesitance to go because going to the hospital, they’re going to say your child needs fever-reducing medications,” said Abdi.

Adding: “The frustration and desperation, like when I’m driving somewhere when I see a place that may have some. I’m making three, four, five stops just to pop in for 30 seconds and try to find some.”

Abdi eventually found a pharmacist who was able to formulate a liquid pain reliever for his kids.

“It’s extremely stressful as a parent, like you would do anything for your kids,” he said.

He said he will continue to ration the medication they have left as a precautionary measure and hope the government can put an end to the nationwide drug shortage.

Grand River Hospital said in October it saw a 37 per cent increase in the number of children visiting the emergency department compared to this time last year.

The hospital said there was also a 60 per cent increase in admissions to their children's inpatient unit compared to October 2021.

Many families said they were there because of the shortage of pain reliever medication.

Many of those patients admitted are being treated for respiratory illnesses.

These challenges are also being felt down to the west at London’s Children’s Hospital.

“It’s a little bit of perfect storm, not only the numbers, but a lot of manpower challenges and on top of that supply chain issues which has added challenge of doing our jobs,” said Dr. Rod Lim, pediatric emergency medical director at the hospital.

He said it is a “triple threat of respiratory viruses” in the upcoming months.

“We are already seeing an early start to the flu season and resurgence of a viral disease known as RSV while COVID-19 is still circulating in our communities,” said OMA president Dr. Rose Zacharias.

Health officials are urging the public to get vaccinated for the flu and COVID-19 and wear a mask to limit the spread of illnesses.

The OMA is calling on the government to implement three solutions they believe will reduce the pressures on hospitals this winter.

Justice Minister David Lametti says he will "look at" a federal policy that restricts gay and bisexual men from donating to sperm banks in Canada, after CTV News exclusively reported on Wednesday that a gay man is taking the federal government to court over it.