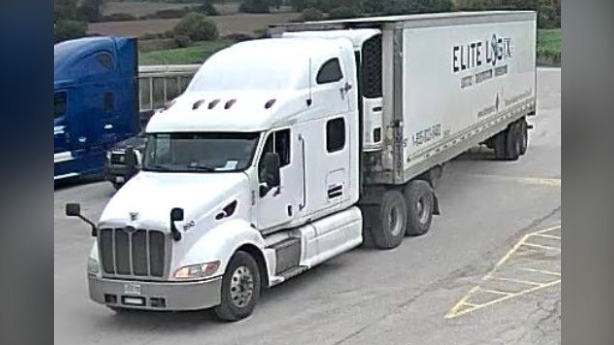 Provincial police are investigating after $300,000 worth of Skyjack lifts and red vinyl rolls was stolen from a business in Guelph-Eramosa Township.

Wellington County OPP said they received a report of a load theft from a business on Speedvale Avenue on Oct. 14.

Police said on Oct. 5, a truck driver reportedly used a fraudulent company and a stolen trailer with Elite Logix Trailer written on the side as part of the theft. They said the truck driver entered the yard and loaded the truck with 11 Skyjack lifts and 25 red vinyl rolls.

According to a release, the load was to be delivered to two separate locations in the United States but the goods never arrived.

Police said the fraudulent company name was listed under T.T Transport out of Quebec. 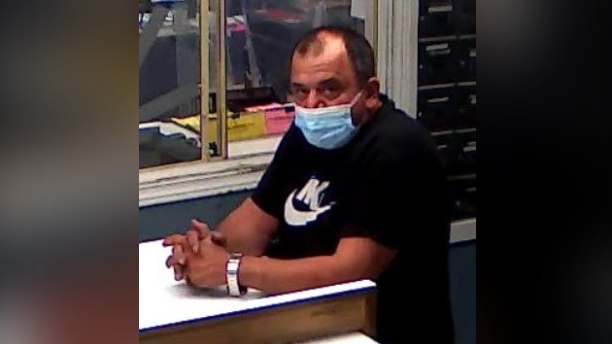 Wellington County OPP are searching for this suspect in relation to a load theft in Guelph-Eramosa. (Supplied by OPP)

OPP have released a photo of the suspect and the truck in the investigation. Anyone with information is asked to call police or Crime Stoppers.