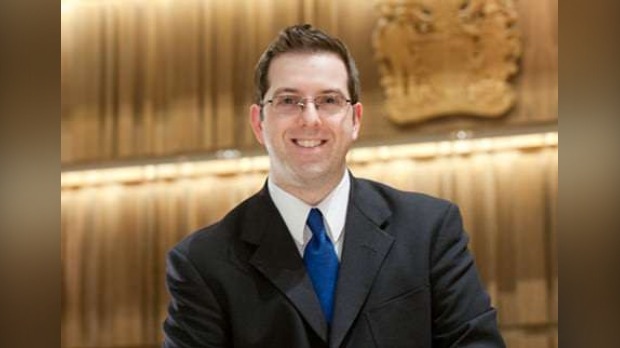 The mayors of more than two dozen of Ontario's largest cities slammed the province Tuesday for "downloading by stealth," saying the government was passing on costs that were forcing municipalities to weigh tax hikes or service cuts.

The Large Urban Mayors' Caucus of Ontario, which includes Kitchener and Waterloo mayors Berry Vrbanovic and Dave Jaworsky, respectively, released a statement saying municipalities are learning of funding cuts and the province reducing its cost share in programs in "piecemeal fashion" through letters to agencies, and after municipal budgets have already been passed.

Cam Guthrie, chair of the mayors' caucus and mayor of Guelph, said the group supports the Progressive Conservatives' efforts to eliminate the deficit, but they can't do so on the backs of local taxpayers without consultation.

"The budget paper explicitly says that changes and costs need to be sustainable for both orders of government," Guthrie wrote. "There is only one taxpayer. It is disingenuous to say that the changes are sustainable, if municipalities are left to consider how to make up the shortfalls."

Changes recently announced by the Ontario government amount to millions of dollars a year in reductions to public health, policing, library services, child care, tourism and flood management, he wrote.

"Big-city mayors from across Ontario are extremely concerned that the government of Ontario is engaging in downloading by stealth -- implementing funding and governance changes to municipalities without any consultation, after cities have already approved our budgets," Guthrie wrote.

"The government of Ontario is effectively forcing municipalities to consider tax increases or service cuts to absorb the download in services it has proposed."

Ontario recently notified municipal public health units that it will reduce its cost-sharing levels from 100 per cent or 75 per cent in some cases, to 60 to 70 per cent for some municipalities, and 50-50 for Toronto.

That has prompted a tense back-and-forth between Toronto and the province, with the city framing it as a cut of $1 billion in funding over a decade, with an $86 million funding gap this year. But Premier Doug Ford sent Mayor John Tory a letter Tuesday, accusing him of spreading misinformation.

Ford said it will be a $33 million "adjustment" this year, and if Toronto wants to make up the difference it could re-allocate 0.24 per cent of the city's overall budget.

"Your office has said that there is zero flexibility for adjustment and you are unwilling to look for other opportunities to fund these programs," Ford wrote.

"This would imply that every program currently delivered by Toronto Public Health and across your administration provides optimal value for money, and there is no room for program review or priority-setting. I think anyone who has managed a budget would know that there are always opportunities to do things better."

"Doug Ford is trying to force municipalities to wear responsibility for the Conservatives' callous cuts," he said in a statement.