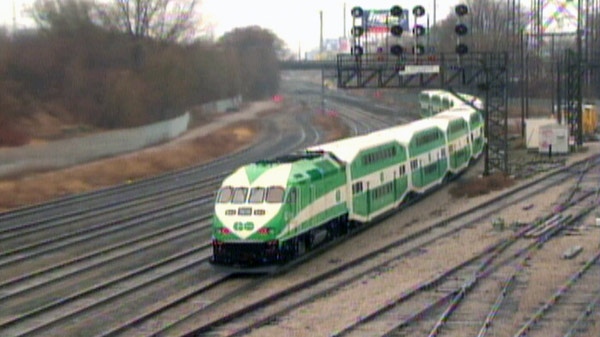 The Ontario government says it's expanding GO Transit service in the Greater Toronto and Hamilton Area.

The Ministry of Transportation says that starting next week, the Lakeshore line in and out of Toronto will see an additional 220 trips per week -- an increase of about 18 per cent.

It says the Kitchener line will see an additional morning rush hour trip from Malton to Toronto's Union station.

The MTO says it will also increase seat capacity on two morning and evening peak trips that originate and end at Kitchener GO station, expanding the length of the train from 10 to 12 cars.

It says there will be more than 180 new bus trips per week across the GTHA, and it's introducing a new bus stop in Richmond Hill, Ont.

The government says the expansions follow through on a Progressive Conservative campaign promise to reduce congestion in the region.