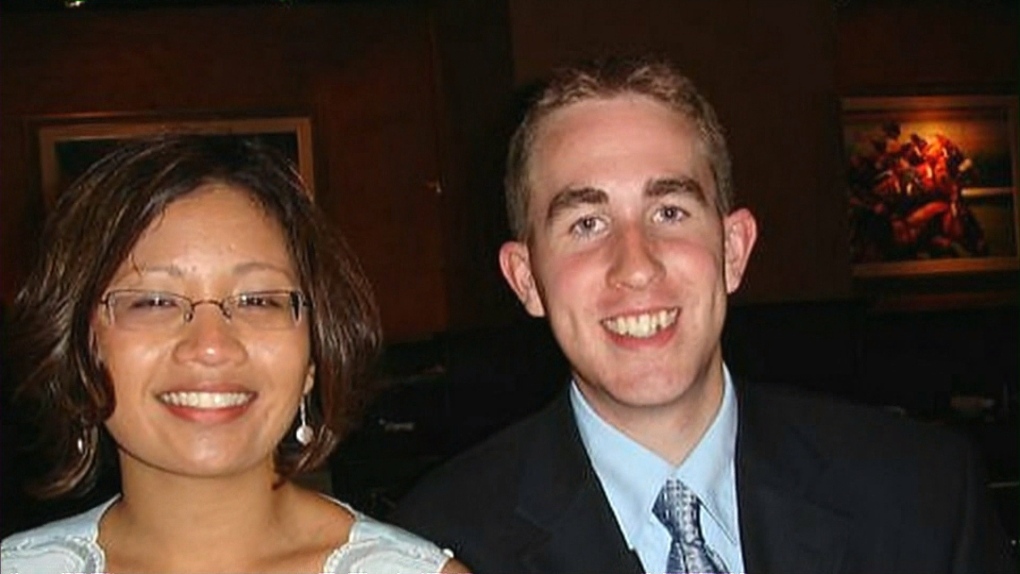 Philip Grandine and his wife Anna are seen in this file photo.

TORONTO -- A former Toronto pastor convicted in the death of his pregnant wife has been sentenced to 15 years behind bars.

Philip Grandine was sentenced in a Toronto courtroom today, nearly a year after jurors found him guilty of manslaughter in the drowning of his wife Anna Grandine.

With credit for time spent in custody before his trial and then on strict bail, Philip Grandine faces nearly 12 years in prison.

Prosecutors sought a sentence of 13 to 15 years, while the defence argued five to seven years would be more appropriate.

Grandine, who wore a light grey suit, did not outwardly react to the sentence as it was read.

Anna Grandine was 29 years old and 20 weeks pregnant when she drowned in the couple's bathtub in 2011.

Tests later revealed she had lorazepam, better known under the brand name Ativan, in her blood despite not having been prescribed it.

The judge overseeing the case ruled in November that Philip Grandine deliberately and secretly sedated his wife so she wouldn't stand in the way of his extramarital affair and love of pornography.

In her finding of facts, Ontario Superior Court Justice Faye McWatt rejected the defence's argument that Anna Grandine had taken the drug herself because she was depressed about her husband's infidelity.

During trial, jurors were told they could convict Grandine if they found he surreptitiously drugged his wife with lorazepam or provided it to her; or if he knew she had taken it and did nothing to stop her from getting in the bath while under its influence.

This was Grandine's second trial in connection with the death of his wife. In the first, he was charged with first-degree murder but found guilty of manslaughter and sentenced to 15 years in prison.

The Ontario Court of Appeal, however, found the judge in that case made an error in answering a question from the jury and ordered a second trial on the manslaughter charge.

That meant prosecutors in this trial were prohibited from alleging Grandine intended to kill his wife.

This report by The Canadian Press was first published on Jan. 7, 2020.