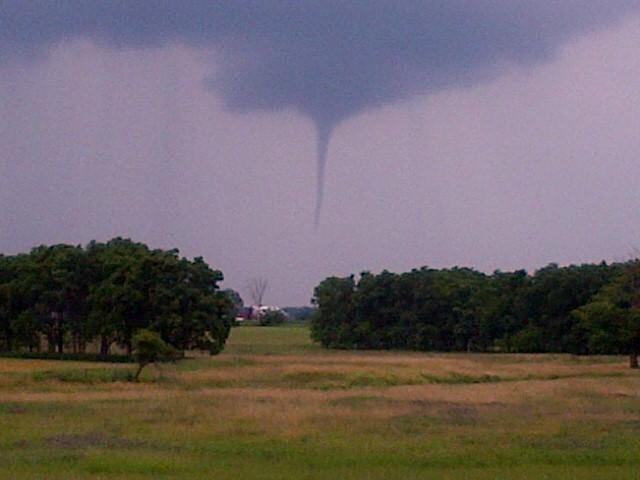 A funnel cloud forming over Newton Ontario during a storm on July 27, 2014. (Ian Williams / MyNews)

Enivronment Canada has confirmed there was a tornado in Millbank on Sunday July 27, 2014.

There were a number of reports of funnel cloud sightings, and at least one person saw swirling dust and debris beneath the funnel cloud.

It has been rated an EF0 tornado with winds of at least 90 kilometres per hours.

There was no damage reported.

It is the twelfth confirmed tornado in Ontario this year.

The tornado season runs from late April to early October. There is normally an average of 12 tornados per year.