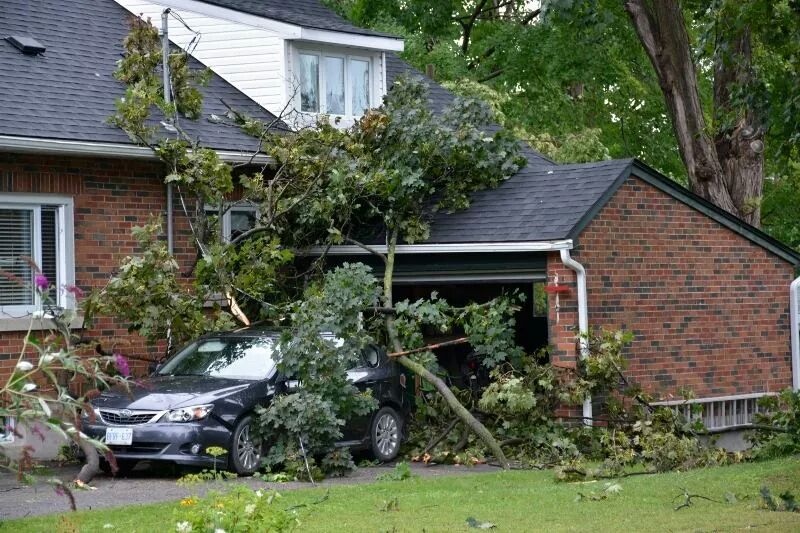 The EF-1 tornado touched down in Udney, Ont., about 20 kilometres east of Orillia.

Officials say the tornado reached wind speeds of 135 to 175 kilometres per hour at its peak.

A few buildings were heavily damaged by the tornado, including a barn, a shed and a clubhouse.

Environment Canada says Orillia and Port Severn were hit by a downburst on Friday night.

Officials say winds that caused damage in those areas reached at least 110 kilometres per hour.