Employee stabbed during robbery in Milton 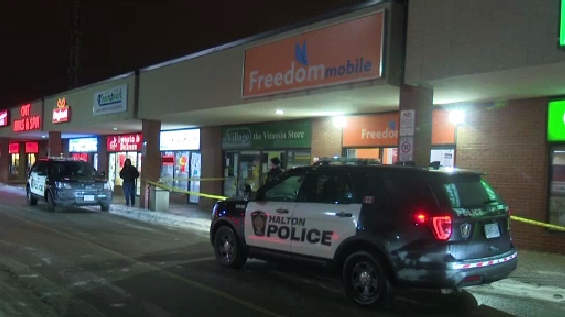 A cell phone store employee was stabbed during an armed robbery Thursday night in Milton.

Halton Police were called to a Freedom Mobile store at 500 Laurier Ave. just after 7 p.m.

A man working at the store had been stabbed by three suspects who then fled the scene.

The employee was rushed to hospital with serious injuries, but is now in stable condition.

All three suspects were arrested later Thursday night in Mississauga.

A 46-year-old man and two 14-year-old boys are in police custody.

There's no word on charges yet.

Thunderstorms kill 2 in southern Ont., knock out power in parts of Que.

As the May long weekend kicked off, a massive thunderstorm in southern Ontario and Quebec brought strong wind gusts that knocked down trees, took out power and left at least two people dead.

Alberta Premier Jason Kenney says he will not be running in the race to pick a new leader of the United Conservative party.