KITCHENER -- Emergency services responded to Snyder's Flats in Woolwich on Wednesday morning after a body was found in the water.

Officials confirm that they got the call to a beach area within the 100-hectare natural area at about 10 a.m. In an email to CTV News around 11:30 a.m., police said that emergency services were still trying to retrieve the body.

The person is described as a 25-year-old male. It's not clear how he ended up in the water. By Wednesday afternoon, police had confirmed that the male was pronounced dead at the scene.

Friends of the victim have identified him as Tejaswi Reddy. 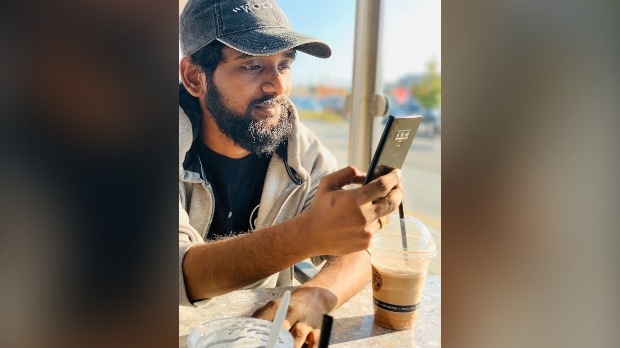 Friends have identified the victim as Tejaswi Reddy (Supplied)

Nithin Reddy, Tejaswi's friend, said he heard about the death through other friends. He said they were with Tejaswi at Snyder’s Flats and called to tell him that Tejaswi had drowned.

Lee Anne Evans said she witnessed the incident and tried to help. Evans said she saw one person fall in and Tejawsi jumped in to help, but the water was too deep.

"The gentleman who unfortunately drowned [Wednesday] went into the water," Evans said. "At some point he came out of the water, there was a lot of chaos. He came back into the water, we thought he was on shore. By the time we were told that he was in the water, we couldn't find him. He had disappeared."

Nithin said Tejaswi came to Canada from India two years ago to study at Conestoga College. He had most recently been here on a work permit.

"In India, we had mutual friends and we have become close friends," Nithin said.

Other friends didn't want to speak on camera, but said Tejaswi was a kind person and that they'd lost a good friend. Crews blocked off Snyder's Flats Road from Sawmill Road while they investigated.

Officials say that the death is being considered accidental or the result of misadventure.

They say no further details will be released.

There are two ponds at Snyders Flats. The Grand River Conservation Authority said it's aware of the incident and said swimming in the pond is prohibited.

This is an updated story. While police were originally unable to verify whether the person had died, they have since confirmed they were pronounced deceased at the scene.