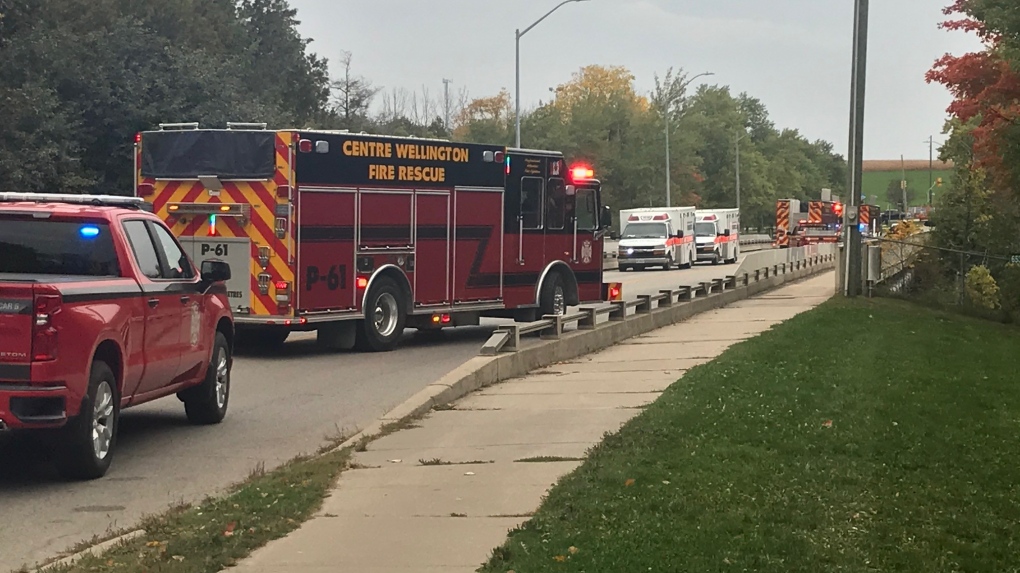 A water rescue call has created a roadblock on an Elora Road near the Grand River. (Dan Lauckner - CTV Kitchener) (Sept. 28, 2020)

KITCHENER -- A reported water rescue has caused the partial closure of a road in Elora.

The road block was set up between Middlebrook Road and Wellington County Road 21.

Emergency crews set up on a bridge over the Grand River near the Elora Gorge lookout.

Also on Twitter, one fire official says two individuals were rescued from the Elora Gorge.