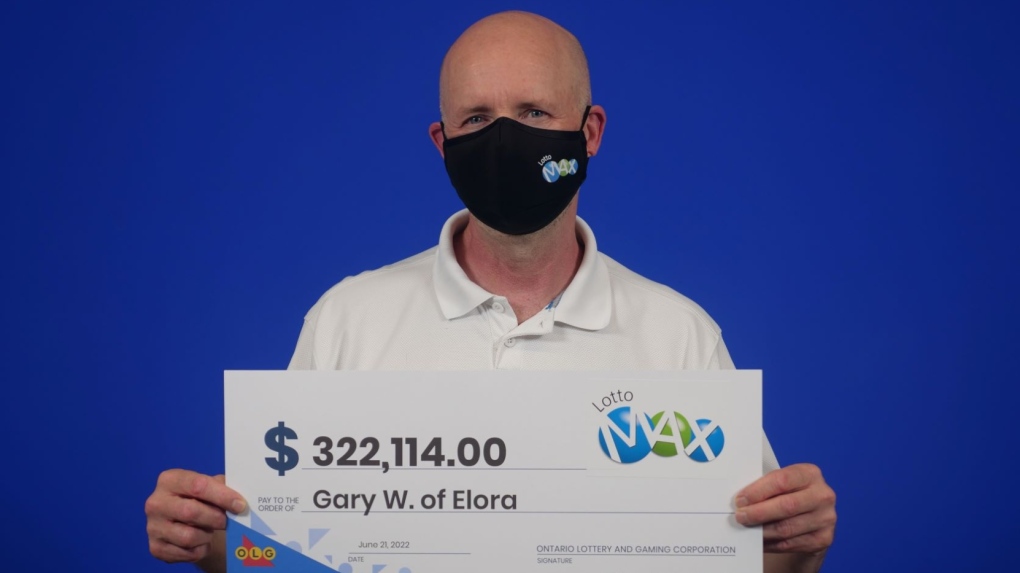 Elora resident Gary White won over $300k from a Lotto Max draw in May. (Submitted/OLG)

Elora resident Gary White is $322,114 richer after winning a LOTTO MAX second prize in the May 17 draw.

In a media release, White said he was at the grocery store when he handed his ticket to the clerk to check.

“It didn’t scan the first two times, but the third time the Big Winner screen appeared,” he said in the media release. “I didn’t know what it meant.”

When Gary saw the validation slip print, he said it was a ‘holy cow!’ moment. “I texted my family – they all thought I was teasing them.”

He plans to pay down his mortgage, help his children with their education and celebrate with some nice dinners with family and friends.

“I’m happy, but I’ve never experienced anything like this before. It’s unexpected – I’m in shock,” he said. in the release.

The winning ticket was purchased at Zehrs on Tower Street in Fergus.

Canadian home sales fall for 5th month in a row, down 29 per cent from last July

Canada's average resale home price fell 4.5% from a year ago in July and was down 5.4% on the month as buyers continued to sit on the sidelines amid rising borrowing costs.

A large rally planned in Vancouver to protest the Coastal GasLink pipeline in northern B.C. may block traffic Monday morning.

British drug regulators have become the first in the world to authorize an updated version of Moderna's coronavirus vaccine that aims to protect against the original virus and the omicron variant.

Thousands of Afghans who helped Canada trapped in Afghanistan, struggling to leave

Canadian MPs and veteran groups are urging ministers to do more to help thousands of Afghans who assisted Canadian Forces, but remain trapped in Afghanistan a year after the Taliban seized Kabul.

The top executive at Pfizer, a leading producer of COVID-19 vaccines, has tested positive for the virus and says he is experiencing very mild symptoms.

Prince Harry and his wife Meghan, the Duchess of Sussex, will visit the U.K. next month for the first time since they returned for Queen Elizabeth II 's Platinum Jubilee celebrations.

Padma Lakshmi is supporting her ex-husband Salman Rushdie in his recovery. The 'Top Chef' star tweeted Sunday that she is 'relieved' Rushdie is 'pulling through after Friday's nightmare' in which he was stabbed multiple times while on stage in New York.