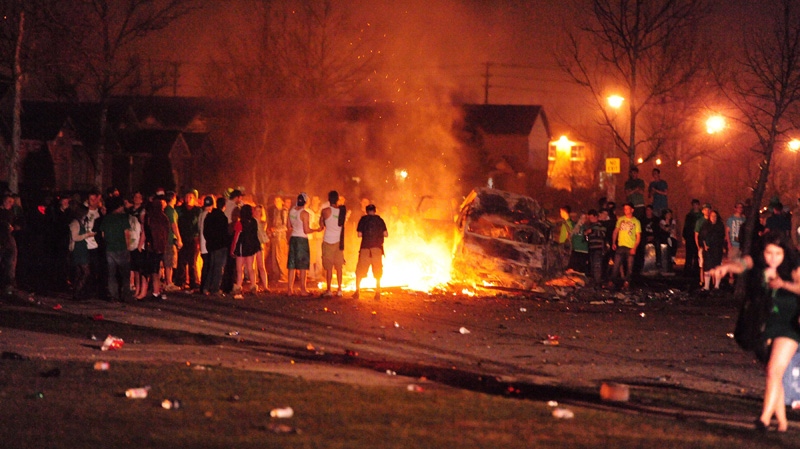 A vehicle burns during a riot on London, Ont., in the early hours of Sunday, March 18, 2012. (THE CANADIAN PRESS/London Community News-Mike Maloney)

Investigators say a total of 71 criminal charges have now been laid against 33 individuals, including 16 Fanshawe College students.

Those charges include being a member of an unlawful assembly, assault and mischief.

Of the eight additional persons charged, Atta Zabian, Cornelius Verhoek and Andrew Ramsay are charged with causing damage to a CTV news vehicle.

Twenty-two police cars were damaged along with the CTV van, which was torched, as hundreds of intoxicated St. Patrick's Day revellers attacked police and firefighters.

Photographs of people who have not been identified are now on a most-wanted list on the London police website.