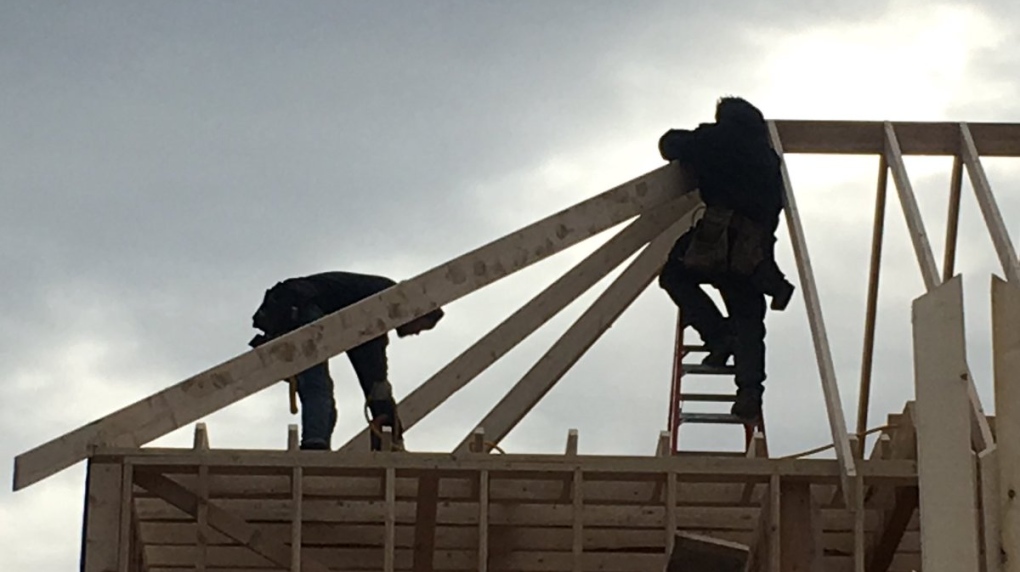 OTTAWA -- The number of people working in Canada edged lower in October following two months of big gains as the manufacturing and construction sectors lost jobs.

Statistics Canada said Friday the economy lost 1,800 jobs in October, following gains of 54,000 jobs in September and 81,000 in August.

Economists on average expected the economy to add a total of 15,900 jobs and an unemployment rate of 5.5 per cent, according to financial markets data firm Refinitiv.

Scotiabank deputy chief economist Brett House said the October jobs numbers were the weakest since July, but added that one soft month won't have much impact on the Bank of Canada's stance, particularly after the strong gains in the two months that preceded it.

"On details, the mix of full-time and part-time jobs changes was poor," House said.

"But we continued to see strong wage gains, at over twice headline inflation, which reflects the fact that Canadian businesses continue to cite labour shortages as the most important constraint on their growth."

Despite the small decline in the number of jobs, wage growth in October held steady. Average hourly wage growth, year-over-year, for all employees was 4.3 per cent for the month, the same as September.

The manufacturing sector lost 23,000 jobs, mostly in Ontario, while the construction sector lost 21,000. Employment in the "other services" industry also fell by 18,000.

The losses were offset in part by an increase of 20,000 jobs working in public administration and 18,000 in finance, insurance, real estate, rental and leasing.

The jobs report comes after the Bank of Canada's decision late last month to keep its key interest rate on hold at 1.75 per cent.

In making its decision, the central bank said inflation was on target and the domestic economy has held up well in many respects, even though it's feeling the negative effects of slowing global growth.

Josh Nye, senior economist at Royal Bank, said the future direction of the Bank of Canada will depend on the resilience of the Canadian economy, particularly in consumer spending and housing.

"A healthy labour market is key to both and there is little sign of deterioration in today's report with the unemployment rate remaining low and wage growth continuing at a strong pace," Nye said.

This report by The Canadian Press was first published Nov. 8, 2019.