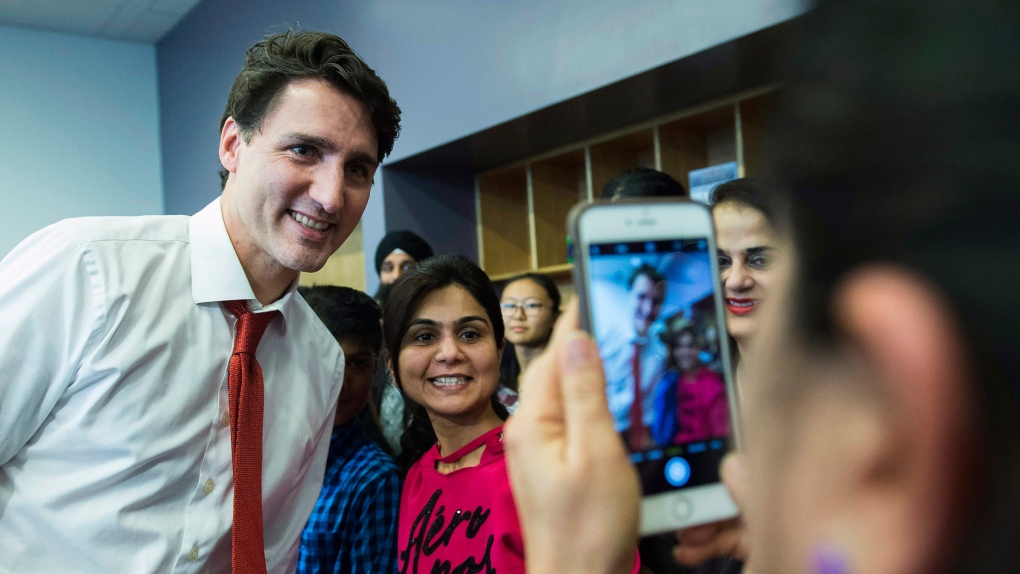 Fewer Canadians are living under the official poverty line than at any time in the last decade, Statistics Canada reported Tuesday

The agency laid the credit for the drop on a combination of a buoyant economy and the Liberals signature child benefit.

The national statistics office says that in 2017, the most recent year available, 3.4 million Canadians, or 9.5 per cent of the population, lived below the poverty line the government officially adopted late last year -- including 622,000 children -- which is the lowest the agency reported going back to 2006.

Statistics Canada said an increase in the value of child benefits, coupled with gains in market income, put more money into the pockets of families in 2017 -- which Liberals touted Tuesday as a political and policy victory.

"It certainly shows a program that is simple for the government to manage, simple for families to receive, and fair for everyone ... is a good thing when it comes to making more Canadians able to make ends meet," Social Development Minister Jean-Yves Duclos said in an interview.

The Liberals introduced the income-tested Canada Child Benefit midway through 2016, replacing a previous system of tax credits and the Conservatives' universal child care benefit. The agency calculates that between 2016 and 2017, a couple with children saw their median benefit rise by $1,200, while lone parents received an extra $1,300.

Duclos suggested numbers will drop further, particularly once the Canada Workers Benefit launches next month and expands a wage subsidy introduced under former prime minister Stephen Harper to boost the incomes of the country's working poor.

Duclos was less clear about whether the Liberals would boost the base value of the child benefit or ensure immigration status doesn't affect eligibility as some anti-poverty activists have requested.

The Liberals promised in the 2015 election that the child benefit would lift 300,000 children out of poverty compared to 2013 figures, but based on a different measure of poverty than was previously used.

Last year, the Liberals pegged the value of the benefit to inflation -- two years before they planned to do so -- and promised by 2020 to cut poverty rates by 20 per cent of 2015 figures.

What Statistics Canada reported Tuesday is that there were 826,000 fewer people living in poverty in 2017 compared to 2015 -- or just shy of the 20 per cent target.

An expert panel the Liberals turned to for help crafting the poverty plan originally recommended a 25 per cent target for 2020. The Liberals chose 20 per cent, leading some experts to suggest the goal was likely a given based on the measures the government had introduced.

The next part of the plan proposes a drop to 50 per cent of 2015 levels by 2030, which will require thought about how to "make more of a dent in those who are living in and with extreme poverty," Lindsay Tedds, scientific director of fiscal and economic policy at the University of Calgary's school of public policy, said on Twitter.

A bill to set the poverty plan into law has yet to pass the House of Commons, but it doesn't propose any additional spending than what is already promised.

"We picked the indicator, we picked where we want the indicator to be, but there's no plan if we miss that target and there should be," said David Macdonald, a senior economist with the Canadian Centre for Policy Alternatives.

"That's the point of a poverty reduction plan as opposed to having just a tracking plan, which is presently what it is."