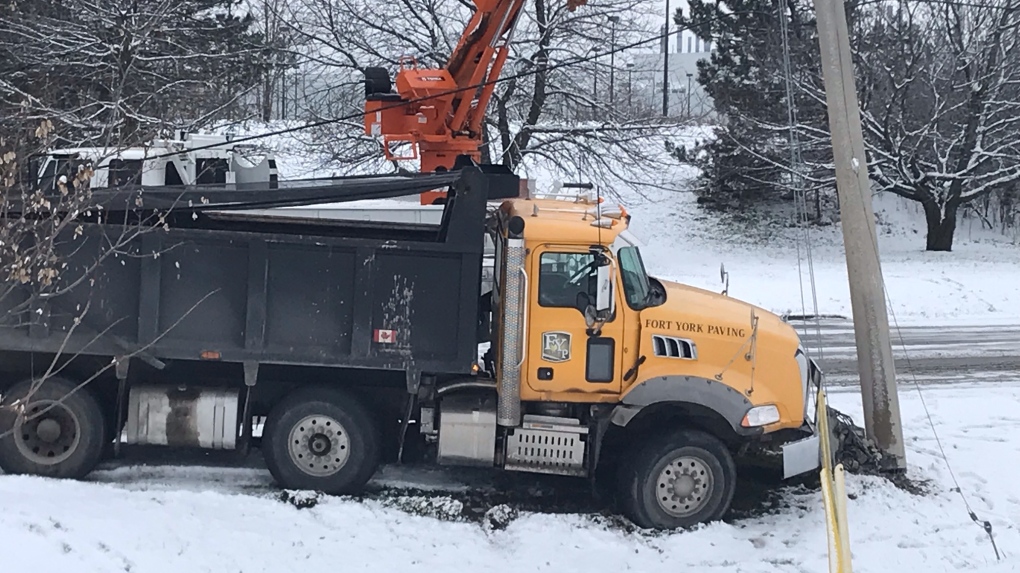 A collision involving a dump truck and hydro pole in Cambridge left dozens of customers without power on Tuesday morning.

Officers were called to the area of Boxwood Drive and Cherry Blossom Road around 8:05 a.m. for reports of a crash.

According to police, the driver of the dump truck attempted to turn onto Boxwood Drive when they lost contol and struck a high voltage concrete pole.

It was knocked down and crews were called in for repairs.

Energy+ said power was restored to all customers after 12 p.m.

There were no injuries resulting from the crash.

Police say they continue to investigate and charges are pending.