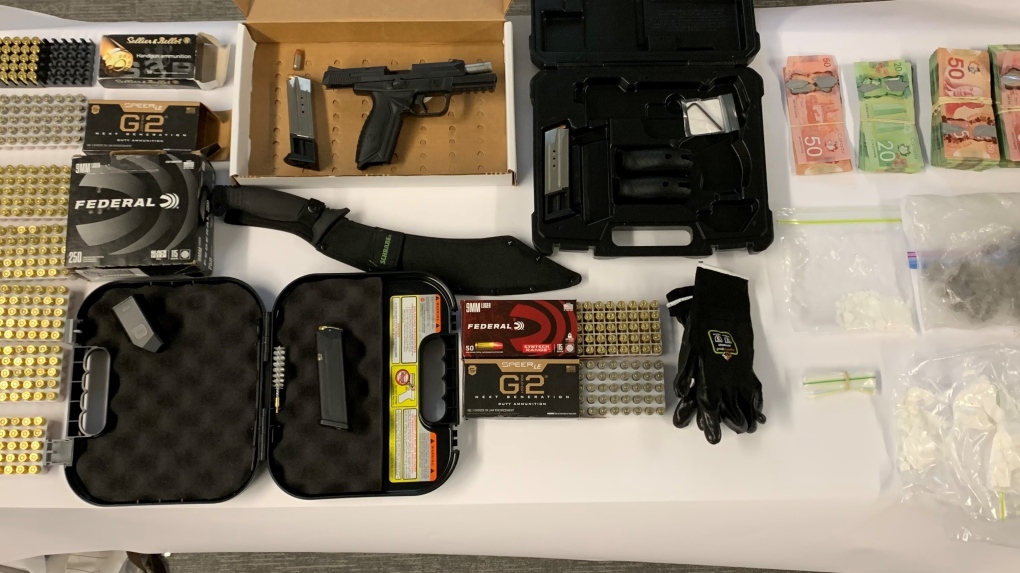 Drugs, cash, a loaded gun and ammunition were seized by police this week in Guelph. (Courtesy: Guelph Police)

A 36-year-old man is facing charges after Guelph Police found drugs, cash, a loaded gun and ammunition in his car.

He was arrested Wednesday as he was leaving his home in the area of Silvercreek Parkway North and Willow Road.

The 36-year-old, who had not been identified, is facing two counts of possessing controlled substances for the purpose of trafficking as well as weapons charges.

He has a bail hearing scheduled for Thursday.