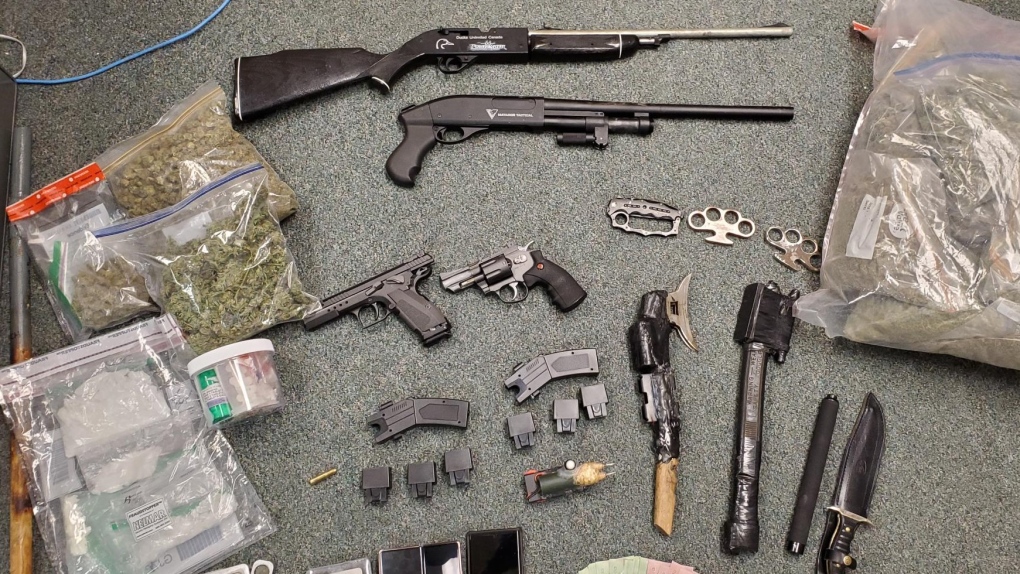 KITCHENER -- Two men have been arrested and a number of weapons and suspected drugs have been seized in Kitchener.

According to a news release, a search warrant was executed on Wednesday by regional police near Wilson Avenue.

Suspected meth, fentanyl, and other illegal substances were reportedly seized, along with a Taser, brass knuckles, and firearms.