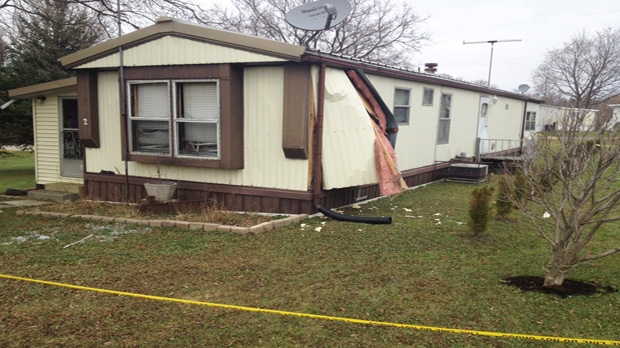 One trailer was damaged in an explosion and fire at an East Zorra-Tavistock trailer park on Saturday, Dec. 6, 2014.

The explosion at Sun Park Hidden Valley on Highway 59 North and a subsequent fire caused significant damage to the one trailer, but did not result in any injuries.

One man was taken into custody following the explosion.

Andrew Miles, a 40-year-old resident of East Zorra-Tavistock, is charged with production of a controlled substance, mischief endangering life and various other offences, and remained in custody as of Monday afternoon.

Oxford County OPP say they found $1,802 worth of marijuana, hashish and prescription drugs inside the trailer.

The Office of the Fire Marshal continues to investigate.