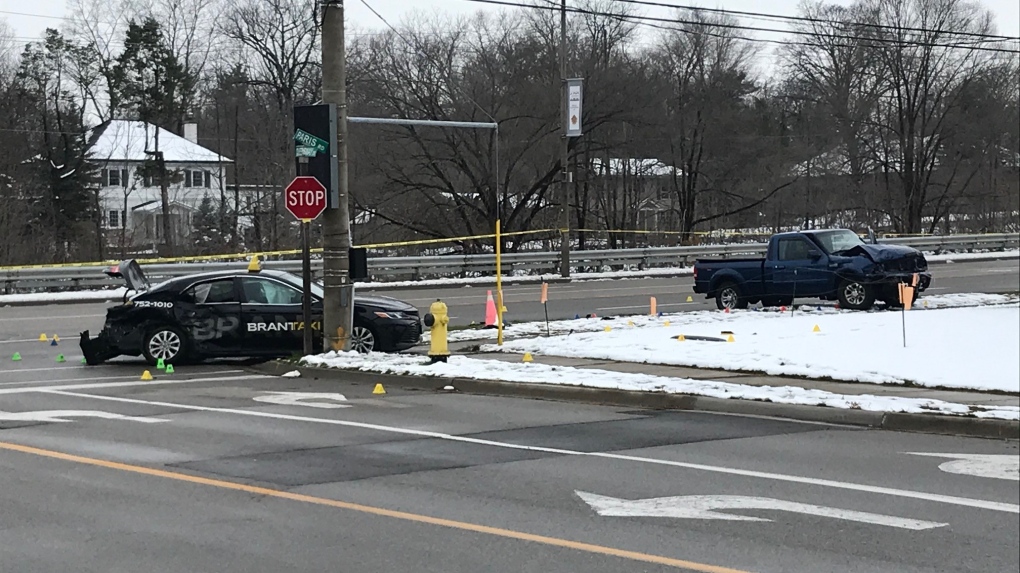 A car and a pickup truck seen damaged after what police called a "serious crash" in Brantford on Nov. 25, 2020. (Dan Lauckner / CTV Kitchener)

KITCHENER -- Police in Brantford are asking drivers to avoid an intersection in the city after a serious two-vehicle crash on Wednesday morning.

Officers received reports of the crash at Queensway Drive and Paris Road at 7:30 a.m.

Police say one person was transported to hospital by ambulance with serious injuries.

At the scene, a car was seen with significant damage to its rear passenger side, while a pickup truck was seen with a smashed front end.

It's not yet clear what caused the crash or whether any chages are expected.

According to police, the length of the closure will depend on the severity of the injuries and the status of the investigation.

Paris Road was closed to drivers on Wednesday morning and officers were re-routing traffic on scene.

COLLISION - Please avoid the intersection of Queensway and Paris Road due to a motor vehicle collision. Traffic is being re-routed. pic.twitter.com/wSngIM5igL