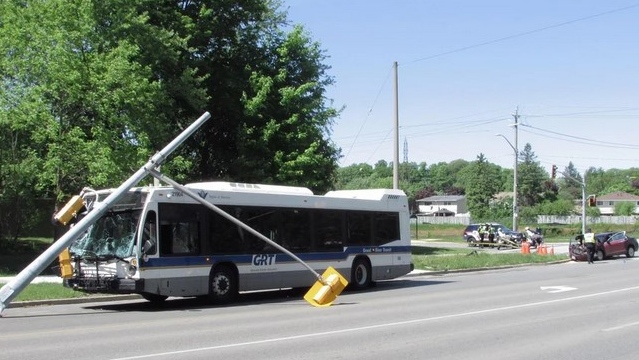 KITCHENER -- The Waterloo Regional Police Service says the driver of a car was seriously injured in a crash involving a Grand River Transit bus in Kitchener.

It happened just after 1:30 p.m. on Monday at Block Line Road and Strasburg Road.

Police say the bus traveling south on Block Line Road through the intersection when it struck the car.

One person inside the car was taken to hospital with serious injuries.

No one inside the bus was hurt.

Police are still investigating and have not released any information on the cause of the crash or possible charges.

The intersection was closed to traffic for about four hours while the traffic services unit investigated.