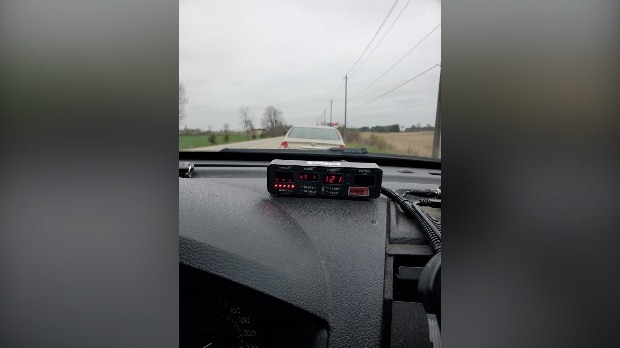 KITCHENER -- A driver is facing a slew of charges after being stopped for speeding while watching YouTube videos at the wheel, police say.

The driver is facing eight charges, including speeding, stunt and careless driving, and driving without insurance, according to a tweet from Waterloo regional police’s traffic unit.

Driver stopped for allegedly watching YouTube videos while speeding 121 km/hr in a 70 km/hr zone without insurance on New Dunee Road in Kitchener. Dl susp and veh impounded both for 7 days. 8 charges laid including stunt, speeding, careless, and no insurance. @WRPSToday pic.twitter.com/eR2Cetmc2q

Police say the driver’s licence has been suspended and vehicle impounded, both for seven days.