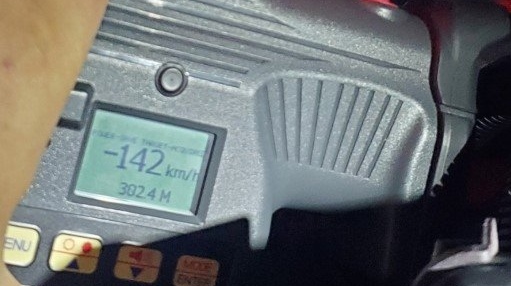 Waterloo Regional Police say they charge a driver for doing 80 km/h over the posted limit in Cambridge (WRPS).

KITCHENER -- Waterloo Regional Police have impounded the vehicle of a driver they say was going 82 km/h over the speed limit on a major Cambridge road.

On Friday, the traffic unit tweeted that they caught the driver in question speeding on Cherry Blossom Road just before 6 p.m. on Thursday.

The image posted by police shows the driver was clocked going 142 km/h.

In addition to speeding and stunt driving, he was also charged with careless driving, according to officials.

Police say he was one of two drivers who lost their vehicle Thursday night for excessive speeding.