One person is dead following a single-vehicle collision south of Kitchener.

The crash occurred on Fischer-Hallman Road, near Roseville Road in North Dumfries, shortly before 2 p.m. Friday.

The sole vehicle involved in the crash was an SUV. Police officers at the scene said the vehicle was making a turn when it hit a curb and went airborne, crashing into Roseville United Brethren Chruch. 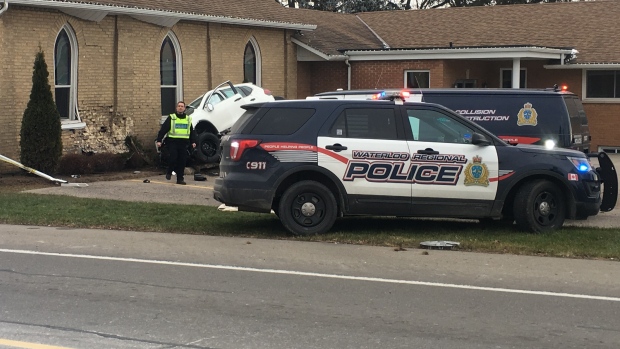 The driver of the SUV, a 62-year-old Kitchener woman, was pronounced dead at the scene.

Police say weather and road conditions are not considered factors in the crash.