Driver injured in crash with ION train in Uptown Waterloo

Driver injured in crash with ION train in Uptown Waterloo 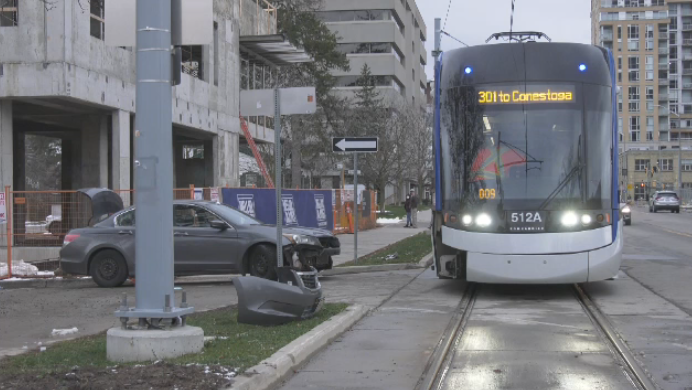 A car and ION train collision on King Street in Uptown Waterloo on Dec. 2, 2022.

One person was taken to hospital after their car collided with an LRT train Friday afternoon in Uptown Waterloo.

It happened just after 1 p.m. on King Street South near George Street.

The car’s front bumper was ripped off and was seen lying several feet away on the grass. The front-end of the car also had significant damage.

Waterloo regional police say the driver of the car was taken to hospital with undetermined injuries.

Grand River Transit tweeted that ION trains would not be running between Waterloo Public Square Station and Grand River Hospital Station due to the collision. Buses were brought in for passengers. The LRT resumed northbound service at 3:20 p.m.