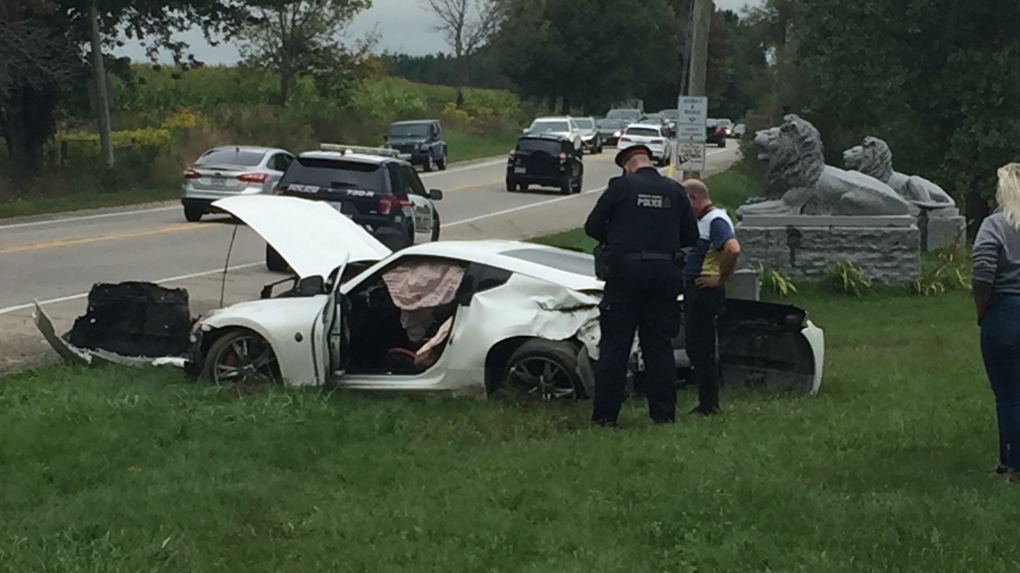 Police say one person was taken to hospital after a crash in Kitchener on Friday. (Terry Kelly / CTV Kitchener)

One person was taken to hospital after a crash in Kitchener.

It happened on Friday afternoon on Bridge Street East.

That's where a vehicle reportedly tried to pass another at high speed before leaving the roadway.

It then hit a mailbox and a tombstone before entering a ditch.

A witness says that the driver was able to get out on his own, but police say he was taken to hospital with undisclosed injuries.

No other injuries were reported.

Police on scene say that charges are pending.