Driver flees after car ends up on front porch 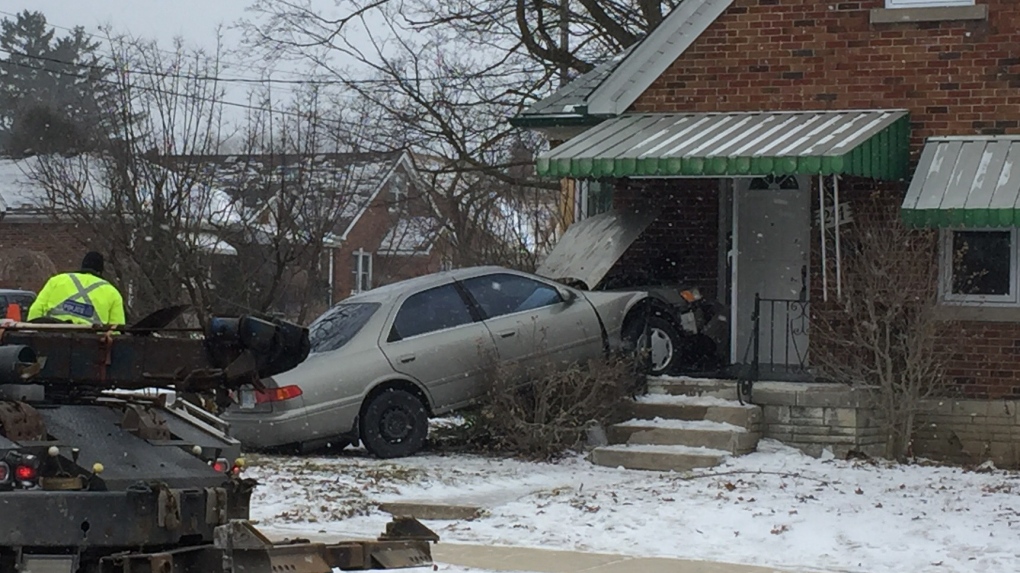 Police say the person in the vehicle took off but was later apprehended. (Shannon Bradbury / CTV Kitchener)

A car left the road and ended up on a house’s front porch in Kitchener on Friday.

Officers were called to Sydney Street South and Courtland Avenue East around 1:15 p.m.

It’s not clear how exactly the car ended up leaving the road.

Police say that the person inside the vehicle struck the house with the car and then took off.

A Kitchener man, 28, was arrested as a result of the investigation. Police say charges are pending.