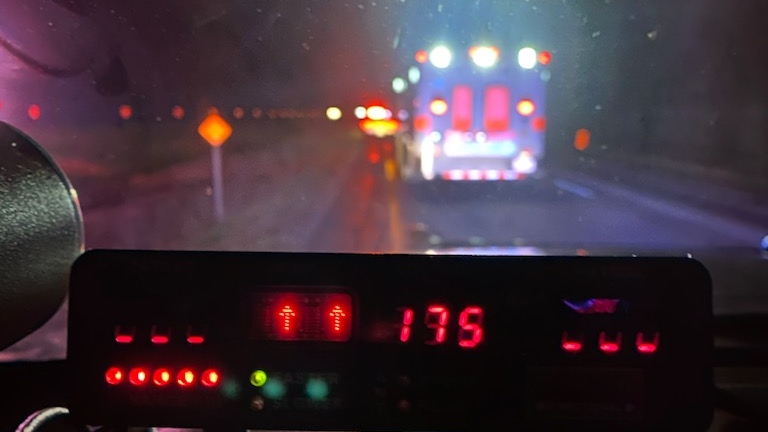 KITCHENER -- Brant County OPP have charged a 21-year-old man after they reportedly clocked him driving 170 km/h and later found the vehicle rolled over in a ditch.

The driver was recording going 70 km/h over the 100 km/h speed limit on Highway 403 around 1 a.m. on Friday, according to officials.

Police say they later found the driver rolled over in a ditch on the highway, but that he wasn’t injured and there were no other vehicles involved in the crash.

A Burlington man has been charged with racing, going 50 km/h above the speed limit, and careless driving.

The vehicle was impounded and the driver lost their licence for a week.

The man is set to appear in a Brantford court at a later date.

This driver was lucky to walk away with no injuries from rolling their vehicle shortly after being clocked at more than 170km/h in the @BrantCommunity. They will continue that walk for seven days while their licence is suspended and vehicle impounded. #notworththerisk ^cv pic.twitter.com/q8NtfHNoO0