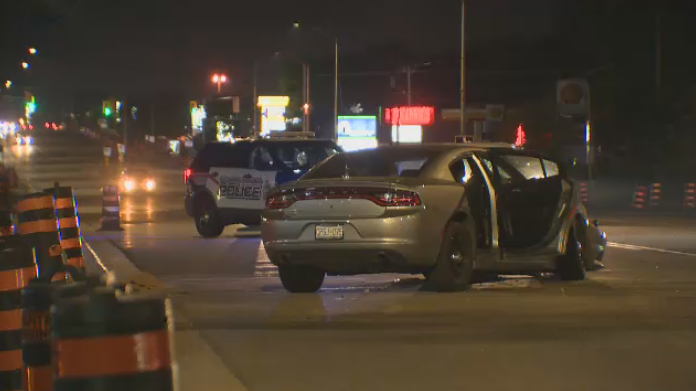 KITCHENER -- Waterloo Region police have charged a driver in connection with a crash that happened on Wednesday night.

Officers responded to a report of a crash near Victoria Street North and Forfar Avenue at around 10:15 p.m.

Police say a vehicle was travelling north on Victoria Street when another vehicle attempted a left turn from Forfar onto Victoria.

That’s when police say the two cars collided, which resulted in significant damage to both vehicles.

A 56-year-old Kitchener man has been charged with turn – not in safety.