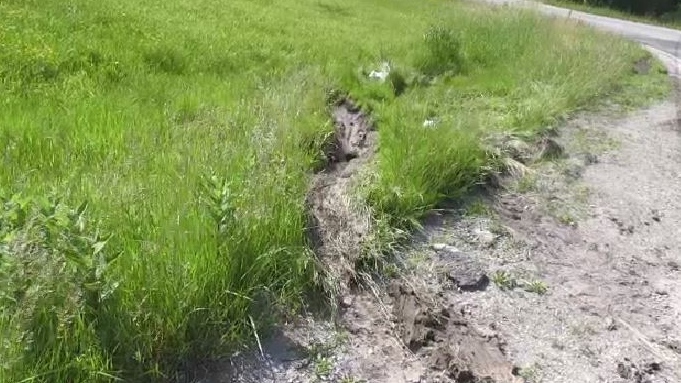 Damage from a crash involving a motorcycle and SUV near Port Dover on June 15, 2022. (Jeff Pickel/CTV Kitchener)

A Norfolk County man has been charged for last week's fatal crash near Port Dover.

On June 14, the SUV Casey was driving was involved in a collision with a motorcycle at the intersection of St. John's Road East and Cockshutt Road.

The motorcycle driver, identified as 52-year-old Christopher Bill of Haldimand County, was pronounced dead at the scene.

His 51-year-old passenger was ejected from the bike.

Police said they were taken to a hospital with serious but non-life threatening injuries, and later airlifted to another hospital for further treatment.

UPDATE- The #OPP have charged an 80 y/o driver @NorfolkCountyCA with careless driving causing death in relation to a crash that claimed the life of a 52 y/o motorcycle driver @HaldimandCounty on June 14. The accused is scheduled to appear in court at a later date. #NorfolkOPP^es pic.twitter.com/hcZbZKFLsh