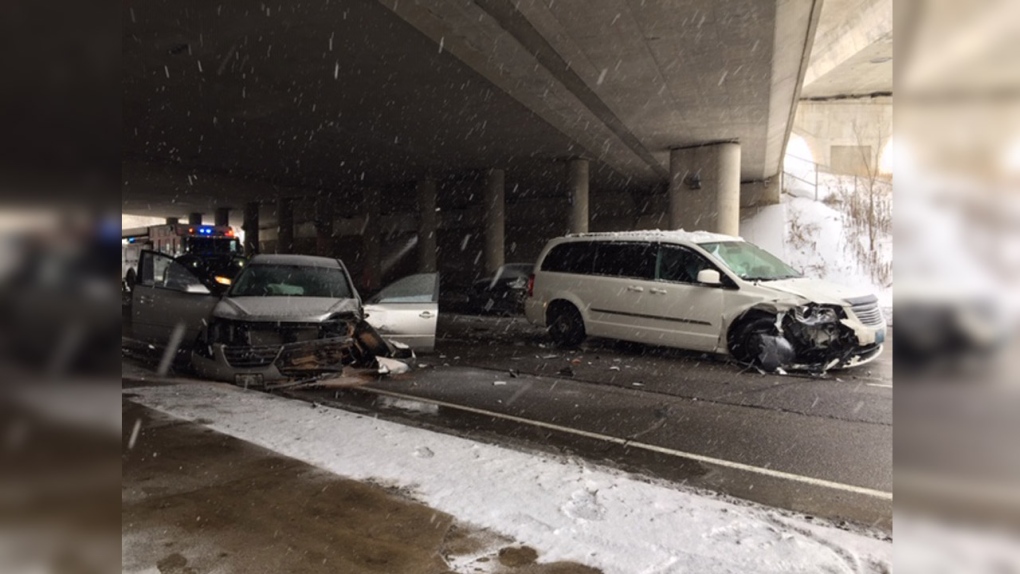 Three vehicles involved in a crash on Weber Street East.

KITCHENER -- A three-vehicle crash closed a portion of Weber Street East in Kitchener on Thursday afternoon.

The crash happened at around 1 p.m.

Police say that a silver car was headed east on Weber when the driver lost control.

When that happened, the vehicle crossed the centre line struck two others heading in the opposite direction.

All three vehicles involved had significant damage to them.

Police say that a number of occupants were taken to the hospital as a precaution due to their age, but their injuries have been deemed minor.

According to police, the driver of the eastbound vehicle, a 19-year-old man, has been charged with careless driving and G1 driver unaccompanied by a qualified driver.

Their name was not released.

Officials closed Weber Street East between Montgomery Road and Shantz Lane, but by the afternoon the street had reopened.