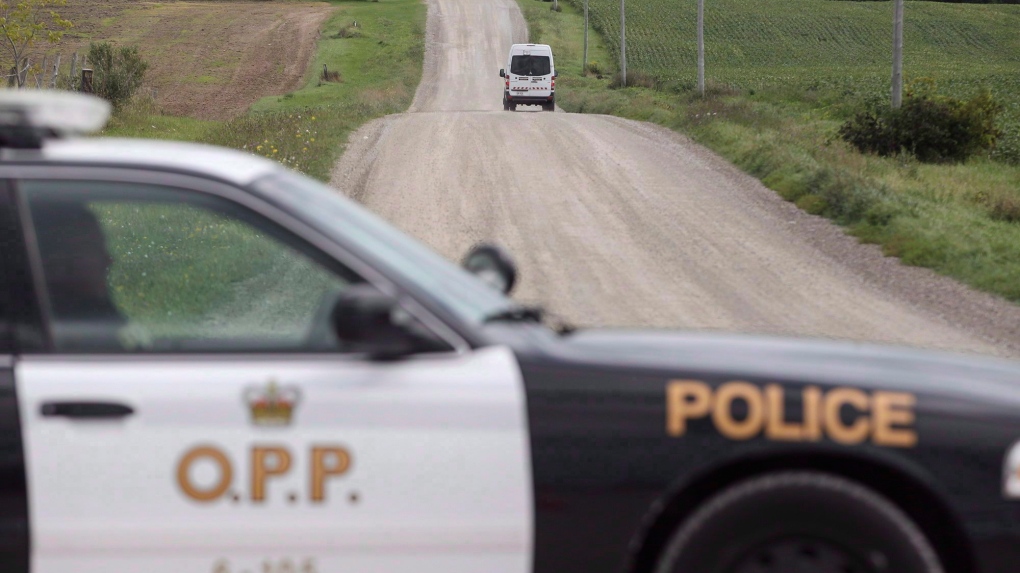 KITCHENER -- A driver has been charged after two hydro poles were crashed into and two vehicles were stolen last week.

The Ontario Provincial Police say that a 28-year-old Huron East resident has been charged in connection to the incidents.

The first crash happened on Sept. 11, just after 4:30 a.m. on Perth Line 72 in North Perth. An SUV reportedly lost control, rolled over and hit a hydro pole.

The driver allegedly fled the scene on foot before police arrived. When they got there, officers discovered that the car had been stolen from a home in Brussels.

According to a news release, the suspect then went to a nearby business and stole a number of tools and a Dodge Caravan. The van was recovered in Brussels shortly after.

Around 9:45 a.m. that same morning, police were called to the scene of another crash, this time on Perth Road 180. In that case, a hydro pole had been hit by a Dodge Nitro, causing wires to come down onto the road.

The two occupants were taken to hospital with minor injuries. Police discovered that the driver of the Nitro was the same suspect as the one who had stolen the other two vehicles and crashed.

The accused, who police have not publicly identified, is facing a number of charges, including two counts of theft of a motor vehicle, two counts of careless driving and fail to remain.

The individual was held for a bail hearing.

Anyone with information regarding these incidents is asked to call police.