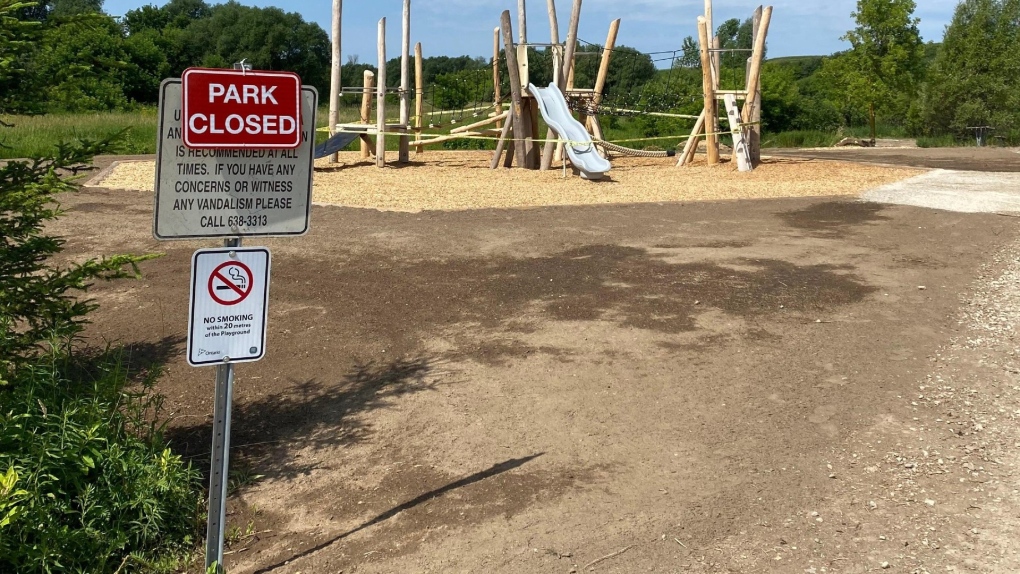 The new Drayton Rotary Park was vandalized over the weekend. (Screenshot: Twitter)

The Drayton Rotary Park in the Township of Mapletown was vandalized over the weekend.

The vandalism comes ahead of the park’s official opening, prompting the Township of Mapleton to temporarily close the park for repairs.

In a tweet on Monday, the Township of Mapleton said it was “extremely disappointed” by the vandalism.

“Due to this very unfortunate incident, the park is closed for repair, before it has officially opened. If you have any info or saw anything suspicious, please contact the OPP directly,” the township said.

The township tweeted later in the day on Monday saying: “Thanks to the quick work of our parks team the Drayton Rotary Park has been reopened!”