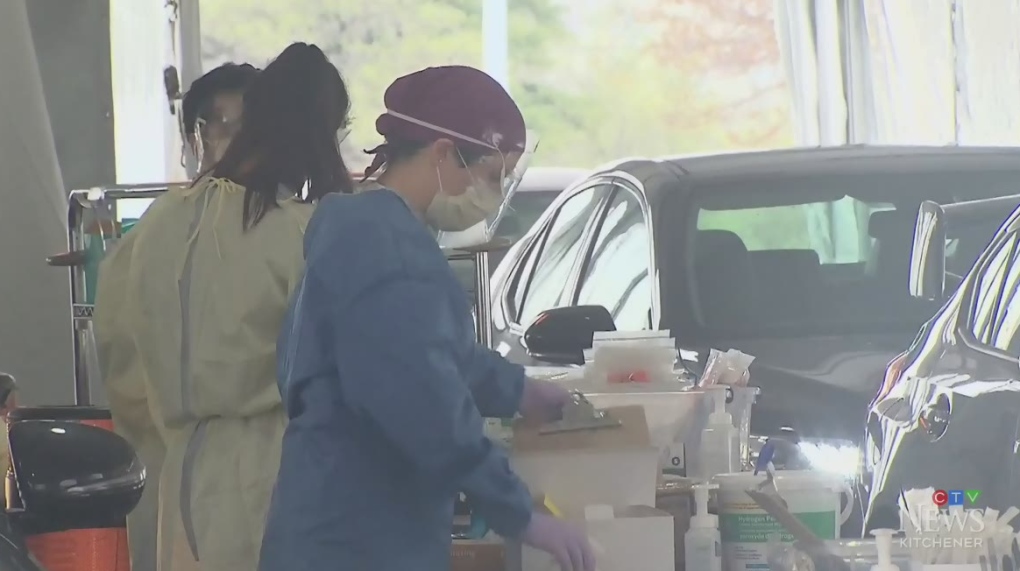 KITCHENER -- A day after reporting 66 new COVID-19 cases in Waterloo Region, public health has confirmed an increase of just 35.

The Saturday afternoon dashboard update shows a substantial drop in daily cases during a week that had no day under 60.

The update also reported 80 more cases that are considered resolved, no new deaths, and the active case number dropping by 40. Of those active cases, two more are being treated in the ICU.

The number of COVID-19 facility outbreaks in the region also dropped by one to 24.

An outbreak at a sports and fitness facility, which public health says is racket-sport related and accounted for 24 cases, has been declared over.

Another outbreak at an unnamed food and beverages facility, which accounted for two cases, has also been declared over.

Meanwhile, an outbreak has been declared at a phamacy services facility with three cases connected to it.

In Ontario, health officials confirmed 1,859 new COVID-19 cases on Saturday, which is four more infections than the previous record set on Nov. 27.

No legal grounds for employers to force employees to get vaccinated, say experts

Chronic conditions not 'a death sentence' when it comes to COVID-19, Hinshaw says

WHO warns vaccines 'do not equal zero COVID'

'I'm the guy who is stealing Christmas': Pallister tells Manitobans to stay apart this holiday season