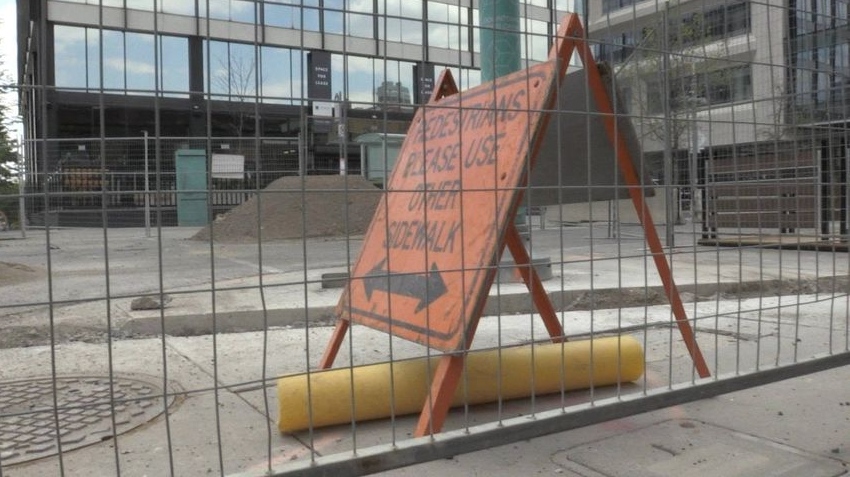 KITCHENER -- Two construction projects happening at the same time are disrupting traffic in Downtown Kitchener, with the road closures causing concerns from some area businesses.

Café Pyrus owner Tyzun James said he was shocked to see the intersection of King and Water Streets shut down for construction late last week.

"We had no notice until the barriers went up," he said. "If we lose that, and we have barriers for people to get here by car, there's obviously some big ramifications for the businesses here."

There are two construction projects currently on the go in the downtown core.

Construction at King and Water is being done by Kitchener Utilities, while work along Joseph Street between David and Victoria Streets is related to downtown cycling grid improvements.

The projects are set to wrap up in the coming weeks, with some work now moved until later this fall.

City of Kitchener officials said they reached out to businesses earlier this spring and will continue to communicate with them regularly regarding construction projects.

"City staff is optimistic for a possible reopening of patios soon and horticulture crews are expected to being downtown planting next week," Shawn Falcao, a spokesperson for the city, said in an email. "While this work is taking place, access to downtown businesses has been and will continue to be maintained."

The construction is adding a double-whammy to businesses already hard-hit by COVID-19 lockdowns.

James said more than 80 per cent of his business comes from people who work in offices nearby. But that was pre-pandemic, and now, most are working from home.

The Downtown Kitchener BIA is also raising concerns about the construction projects.

"Now that almost 18 months have passed since the pandemic started it is crucial for recovery (and) for sustainability to pen on June 2 with the least amount of disruption possible," executive director Linda Jutzi said in an email. "The timing of the work turned out to be insensitive given the anticipation of June 2 when we can come back outside again and hopefully eat on a patio."

The province-wide stay-at-home order is set to expire on June 2.

Not all business owners are being bogged down by the construction, with some eyeing the improvements to the downtown core the projects will bring.

"It is happening for a positive reason," said James Ferrall, owner of Crafty Ramen. "Everyone that is involved with it happening is trying to do it in the least painful way possible."