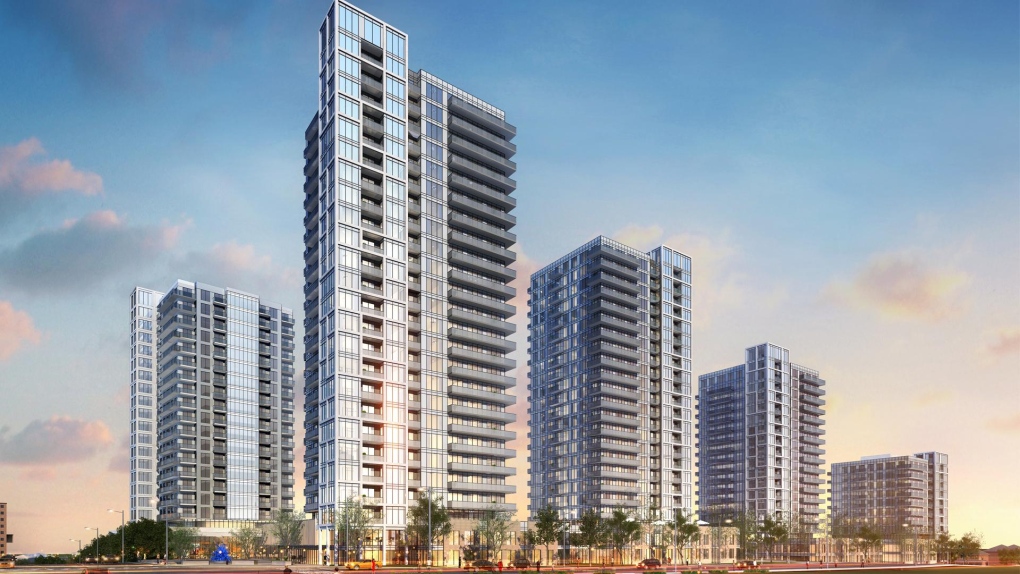 Five towers will contribute to the Waterloo skyline, according to a conceptual masterplan. (Source: Killam REIT)

KITCHENER -- Developers have pressed pause on a major project planned for Westmount Place.

There were six towers in the works at the corner of Erb Street and Westmount Road, but the developer said it's putting the project on hold due to market uncertainty.

In an emailed statement to CTV Kitchener, the City of Waterloo said the developer, Killam REIT, advised staff on Nov. 9 about its plan to pause the project.

"In the near term, Killam intends to pursue the construction of one residential building at the corner of Erb St W and Dietz Ave N under existing zoning permissions," the statement said in part.

The company has promised to include some affordable housing units.