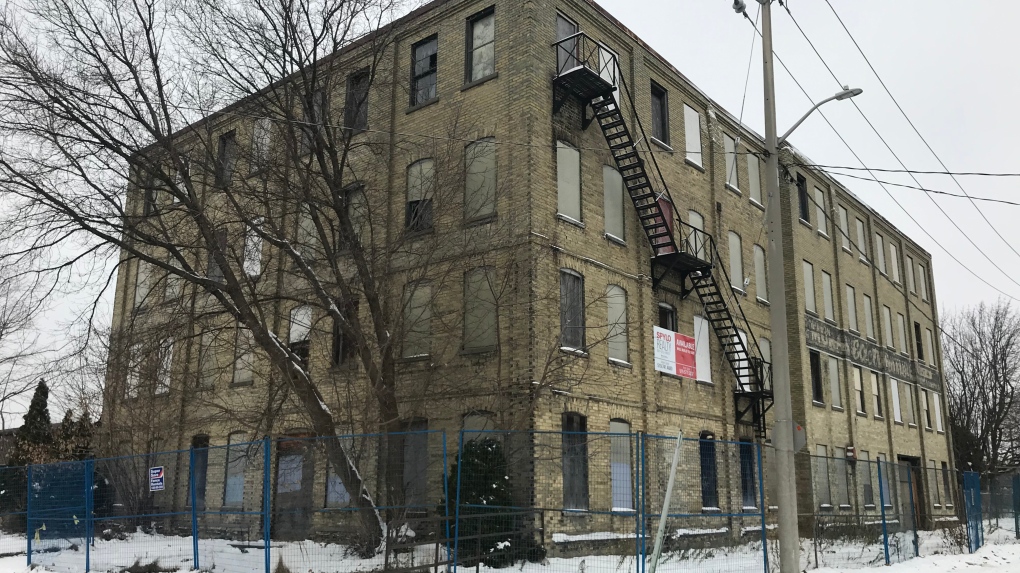 The former Electrohome could have occupants again by 2025. (Dan Lauckner / CTV Kitchener)

KITCHENER -- It's demolition day for the former Electrohome site on Shanley Street in Kitchener.

Crews began the demolition work on Thursday morning and expect it to take at least a week before it's torn down.

Built in the 1880s, the building had fallen into disrepair after decades without a tenant, prompting safety concerns from the community.

In November of last year, Toronto-based real estate company Shannondale Developments announced in it had purchased the site.

The plan is to turn the old Electrohome site into a mid-rise, mixed-use building.

"Six to eight stories, residential mostly," said Nicolas Tyers, VP of Shannondale Developments. "We're still in the process of going through the approval but we are excited to work with the city on that."

However, the company says it will take some time before they are able to begin construction.

"Probably going to be three years for the construction to start," said Tyers. "Probably four years before it is complete."

The developer says there are also plans to salvage some of the original materials from the Electrohome site to use in the new building.

Construction crews expect road closures in the area to stay in place for up to two weeks as demolition work is completed.